Don Hitzel moved to Spokane in 1939 and said it’s the best place to live. Now, he is 101 years old and still exercising on the treadmill several times a week. 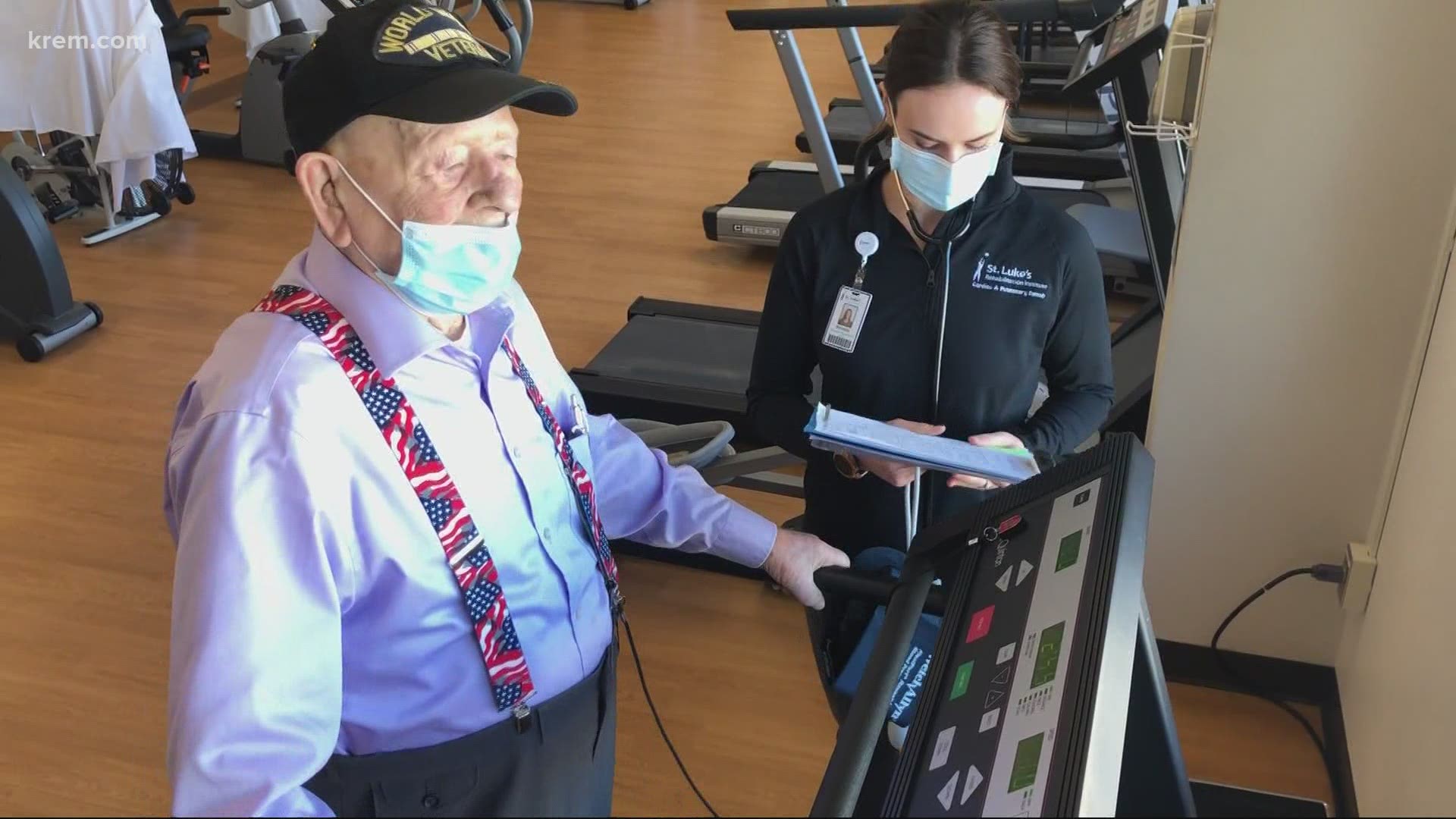 One of the patients who has been attending rehab classes for over six months is Don Hitzel. Hitzel’s favorite exercise is the treadmill, which he walks on for 30 minutes every time he is at St. Luke’s.

“No one would have even known that he was 101, [except] he would wear his WWII veteran hat to class. And people would ask him ‘how old are you,’” Rawnie Oehler, Exercise Physiologist at St. Luke’s, said.

That’s because Hitzel moves just as well as the other patients in rehab. Oehler said the average patient is 60 to 70 years old, and they don’t see many people as old as Hitzel.

“You just have to exercise all the time. Do it day by day and do the best I can,” he said. “You learn to do it; you’ll last a long time. Probably longer than you want.”

The strategy worked for Hitzel for over a century now. He has lived from the roaring 20’s to 2020.

He said seeing how much the country has changed has been amazing. Hitzel first moved to Spokane in 1939 and continued moving back here. He said it is the best place to live in his opinion.

But it wasn’t just Hitzel. He went through life with his wife as well. She passed away five years ago, after 67 years of marriage.

Now that Hitzel is on his own, he is thankful for the group of friends he has made at St. Luke’s. And they are thankful for him as well.

“He’s doing really good, and he’s really an inspiration for the other patients too,” Oehler said.