There are more than a half-million acres of water in Idaho. But a little pond outside of Parma has hooked the interest of anglers around the area and the world. 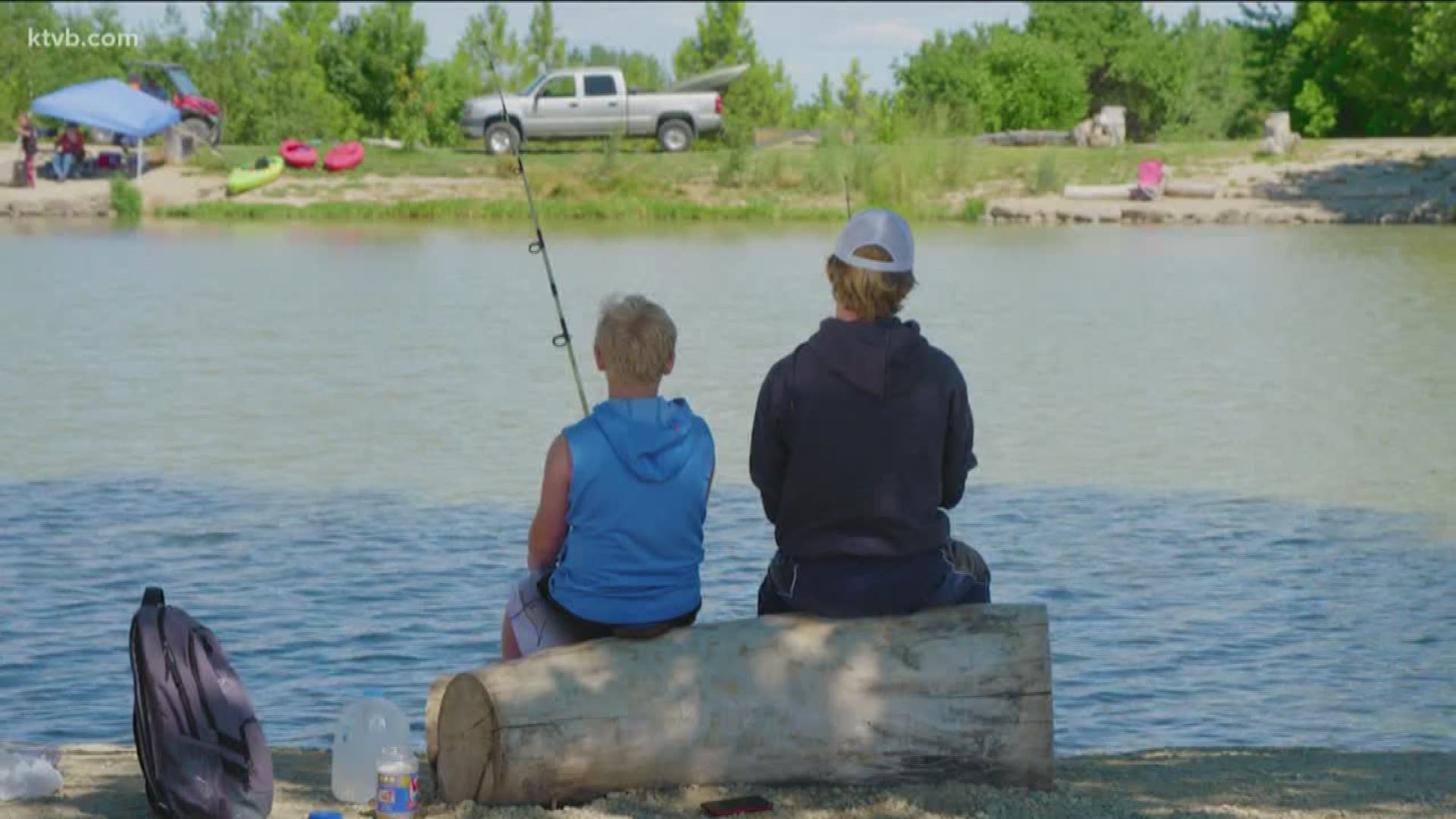 PARMA, Idaho — What would it look like if you found yourself with 50 acres of fallow farmland but didn't exactly want to follow the fortunes of a farmer?

It might look a lot like Poorfish Ranch in Payette County where the water is rich with white sturgeon.

And those that know about it will line the shore, or skim the surface, for hours without having to wait more than five minutes to feel the fight of these giants of freshwater fish.

"Yep, that's the way it is," says Jim Schwartz, the proprietor of Poorfish Ranch.

Jim began pursuing this fisherman's paradise just after he purchased the place in 1986.

"I dug and built a pond and started throwing fish in it," he says.

That first pond eventually led to a bigger one, one that Jim calls a three-acre home to more than 300,000 fish.

He says 1,300 of those are white sturgeon, whose sizes span from 12 inches to seven and a half feet.

How does he know this for sure?

"Well, I put them all in there," he answers with a laugh.

RELATED: 'Oh, I caught her': 104-year-old veteran fishes with 94-year-old girlfriend by his side

While white sturgeon are a protected species in Idaho, Jim was able to get a federal permit to prime his catch-and-release pond.

So for the last seven years, and with the help of pickled herring, the ranch's reputation has hooked more than it's fair share of happy customers.

Jim says they hear about him from social media but mostly it's just word of mouth.

"People come out here and have so much fun," Jim says. "That they tell their friends."

Or they bring their friends, like 15-year-old Willie and 12-year-old Anthony, two young trawlers who happen to be seasoned sturgeon stalkers.

"It just tugs," Anthony answers when asked how he knows when he gets a bite.

He says this just as he gets a tug on his line, and just like that, Anthony adds another to his tally.

"Caught another one!" he shouts to Willie.

There are first-timers out here, too.

This is what it looks like when a part-time hobby turns into Jim's full-time job. It kind of casts that old adage about a bad day fishing in a whole new light.

"Better than a good day at work," Jim says, finishing the phrase.

"Do I like it?" asks Jim. "Oh, I get a tremendous amount of enjoyment out of seeing people have a good time fishing."

Poorfish Ranch the perfect portrait of a pastoral past. Just don't plan on sitting still for long.

"Sturgeon fishing is great out here."

Jim says in the seven years he's been open for business he's had visitors from at least 30 foreign countries and every state in the union.

He also says the record for the number of sturgeon caught in one day at Poorfish Ranch is 171.

Note: Watch the 360 Idaho Life videos on mobile in the YouTube app for the complete immersive virtual reality experience.