Pig out in the Park leaves vendors hanging after COVID cancelation

Pig out in the Park canceled due to COVID-19 surge leaving vendors with thousands in food and nowhere to go. 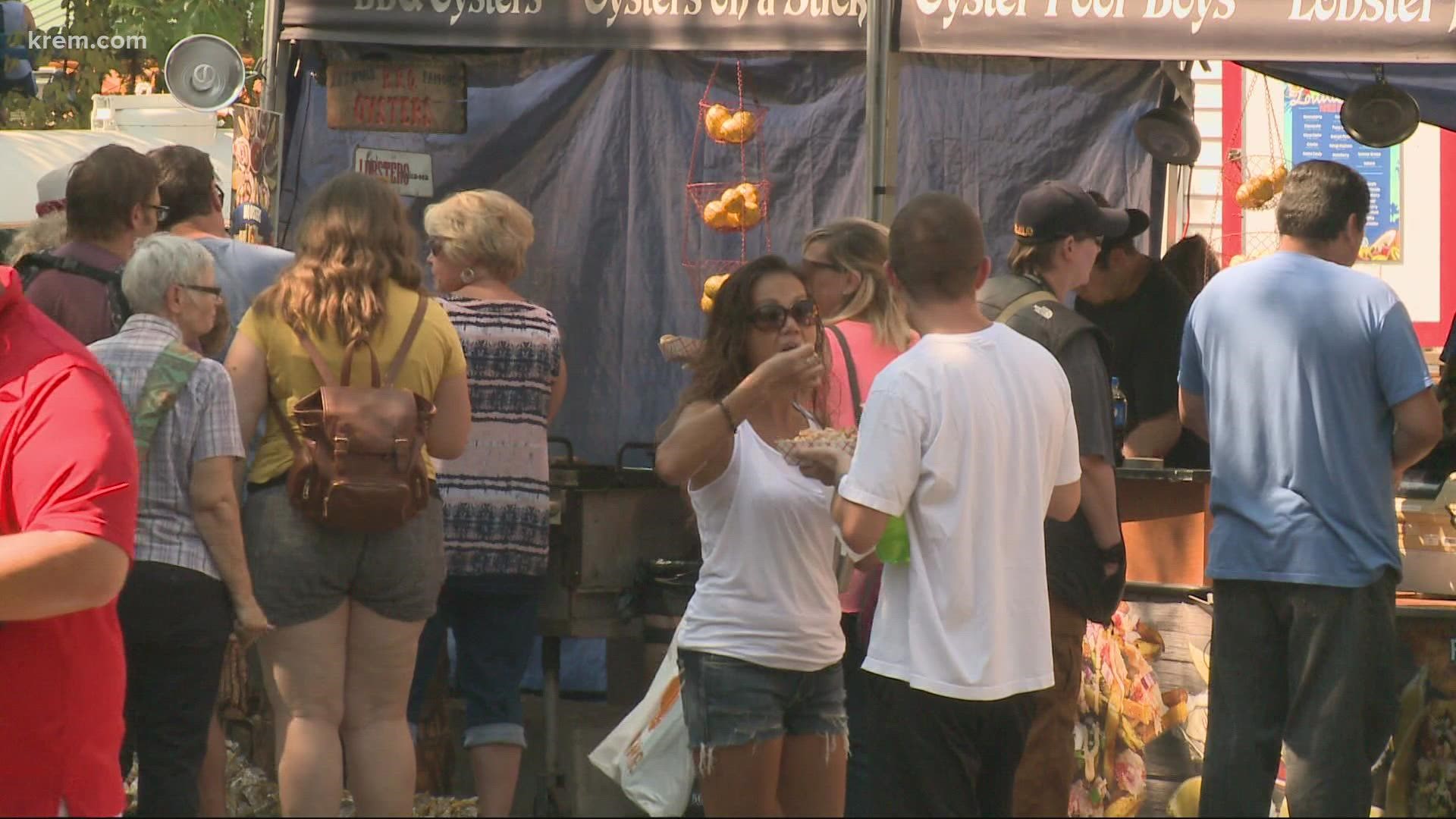 SPOKANE, Wash. — Vendors who have been preparing for the Spokane food festival Pig out in the Park are now taking a large financial loss after the event was canceled on Tuesday.

The decision to cancel Pig out in the Park came after COVID-19 cases began to surge again in Washington. It came as a disappointment for fans but for businesses who were ordering thousands in food and hiring extra help to work the event was a huge blow.

David Azar runs Azar's Elotes, a popular street corn tent that has participated in the event since it began decades ago, was excited to have the event back in 2021 so he renewed his license, worked hard to get some employees to staff the booth. Then he got word of the cancelation.

Azar said he's out a couple thousand dollars and has had to tell his employees to try and get other work. Even though the cancelation comes as a financial hit, he believes it was probably the right call to cancel the crowded event—because COVID numbers are climbing.

In a press release, Pig out organizers said they have coordinated closely with the Spokane Regional Health District, Riverfront Park and the City of Spokane to have a safe event.

However, with the recent dramatic rise in COVID-19 cases, they have a responsibility to the Spokane community, their vendors, musicians and crew that they take quite seriously, organizers said. This prompted them to reschedule the 41st annual Pig Out in the Park is now rescheduled for Aug. 31 through Sept. 5, 2022.

They also said their event faces many challenges when trying to protect against COVID-19. The venue, uncontrolled free entry and a very large audience over six days can all pose challenges.

Pig out in the Park was canceled in Aug. 2020 due to the pandemic and event restrictions put forth by the state. That was the first time the event was canceled in its 40 years, though it was postponed by a week 20 years ago due to severe weather.

Pig Out in the Park served more than 195,000 servings of food and drinks at its 2019 event, organizers said.

According to the event’s website, the event earned the city of Spokane nearly $100,000 in revenue in 2019, not including taxes, and about 122,000 people were in attendance.