Construction is nearly complete on the Ice Age Floods playground and will be open to the public May 21. 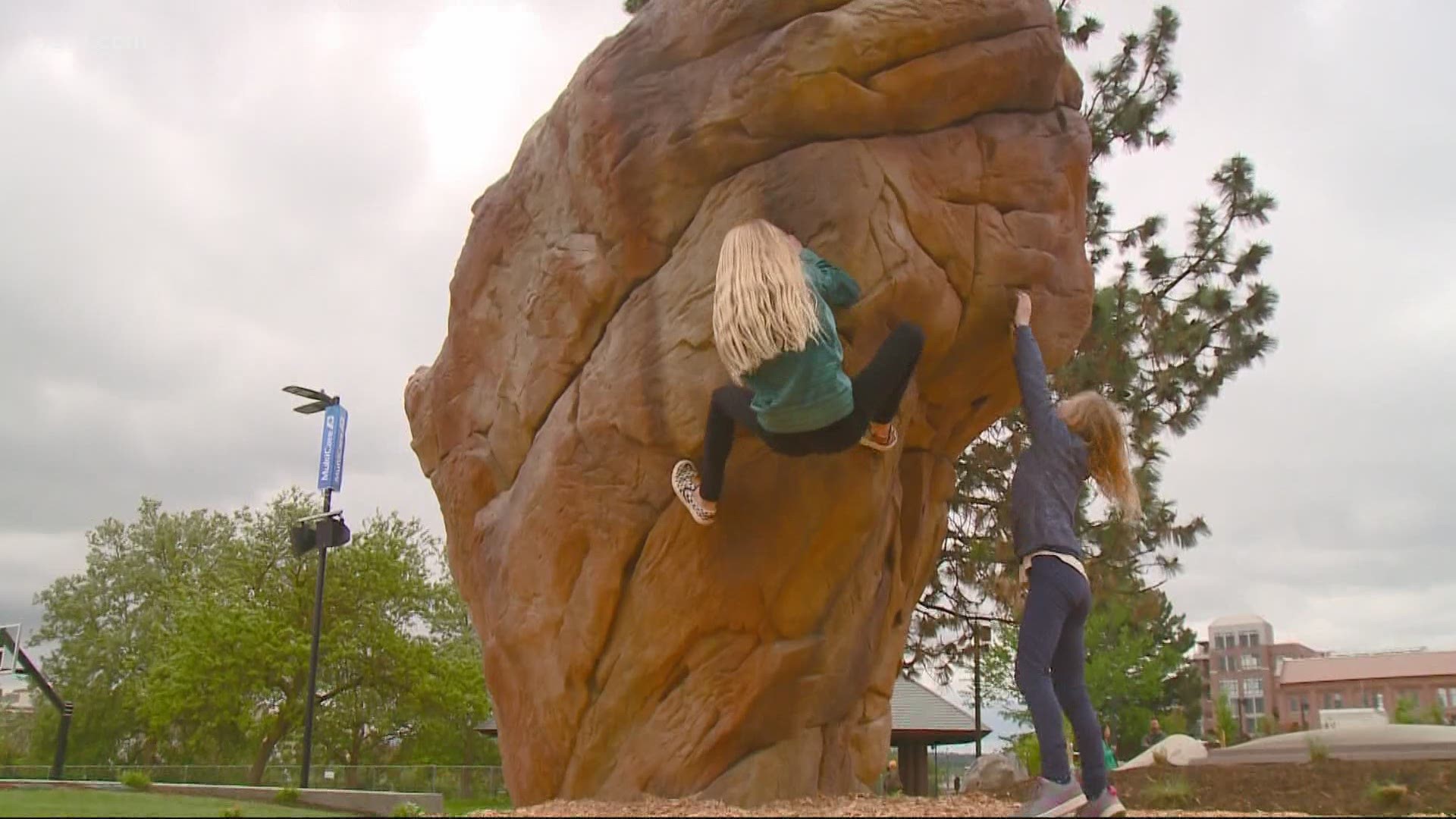 SPOKANE, Wash. — The new Ice Age Floods playground at Riverfront Park will be open to the public on May 21.

The playground was inspired by the geological events which shaped our region. The 40,000-square-foot park will feature a splash pad and other play areas.

The playground is part of a large redesign project that includes the playground, a skate park, basketball courts that will be painted with a colorful mural, a climbing boulder, new parking and picnic areas and improvements on the entrance area.

The director of Spokane Parks and Recreation Garrett Jones said in a press release that he is thankful to the community.

“What used to be a dirt parking lot is now a playground, basketball court, skate park, climbing boulder, and green space, with improved parking as well. This is a huge transformation, and it’s free to use for everyone in our community,” Jones said.

Josh Yandell of Pistole Board Shop said he thinks the new skatepark is great.

"It's in a spot where it'll show a whole new generation skateboarding," Yandell said.

According to the press release, the cost of the entire North Bank project is $12.2 million; $10.7 million from the bond, and $1.5 million from grants and donations. Construction on the playground began in February 2020.

There will be a virtual ribbon cutting ceremony on opening day on Riverfront Spokane's Facebook page.

There are also more developments still to come from Spokane Parks and Recreation. There will be two art projects, installed early this fall. In 2022, the north Suspension Bridge will be renovated with a mix of bond and non-bond funds. Also, a plan is being developed to return the Lilac Butterfly, which came down in the January windstorm, with modifications in structure security and technology.