After decades of playing the trumpet, Jason Palmer is now settled in Spokane. 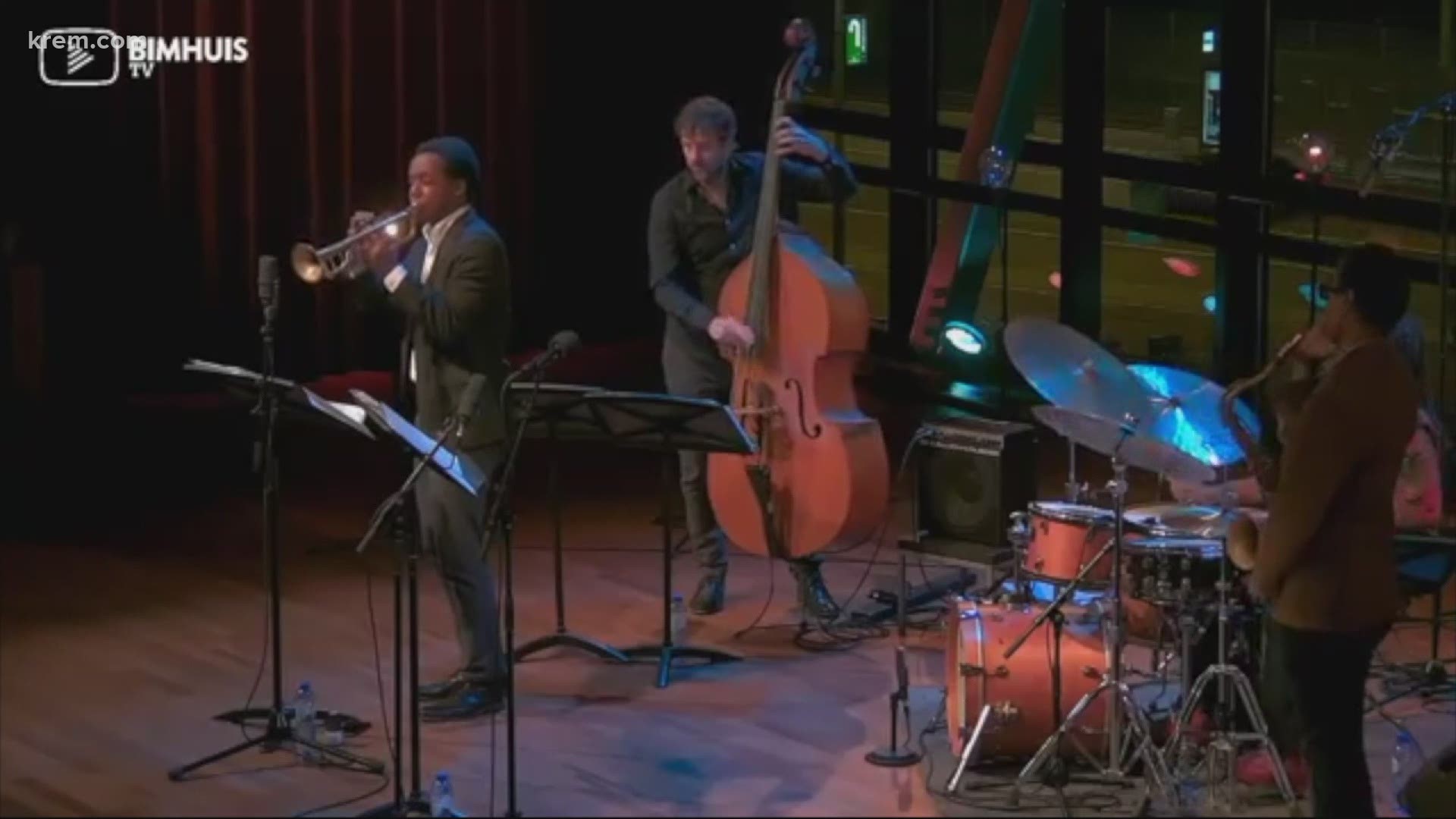 SPOKANE, Wash. — Jazz musician Jason Palmer started playing the trumpet as a kid and eventually turned the music into his career.

Palmer said a career in Jazz music is a slow burn, building over time. That time has brought Palmer success in the Jazz world.

He has recorded 15 albums as the lead musician, played all over the world including Carnegie Hall, and has played trumpet alongside musicians he looked up to.

After decades of living in Boston and traveling for his Jazz career, Palmer decided to settle in Spokane with his wife and daughter to be closer to family.

Now, Palmer is focusing on teaching and passion projects.

He works 30 hours a week on Zoom, teaching students at different universities across the country.

Palmer still finds time to work on his own projects, because of his love for the music.

“There’s a freedom in the music. And it’s a music that really brings so many different cultures together, but it still maintains its sense of freedom and responsibility,” Palmer said.

Plus, the genre of music has a unique history in the United States. Palmer said Jazz music integrated before baseball did, with great musicians of different races playing together before that was considered normal.

Decades later, Palmer is keeping that community spirit alive in Jazz. He creates music based on social justice issues.

One recent project he worked on was a composition dedicated to Breonna Taylor. He wrote her name out in music notes and played the trumpet to the sound of her name on the sheet.

“Just being able to spread love to people and inspire people to do the best in what they do in the creative world...I think that’s probably the biggest thing,” he said.

RELATED: Frank Burgess: The best Gonzaga player you may have never heard of