The modern-day western is the second in a series. The first movie was filmed in Texas earlier this year. 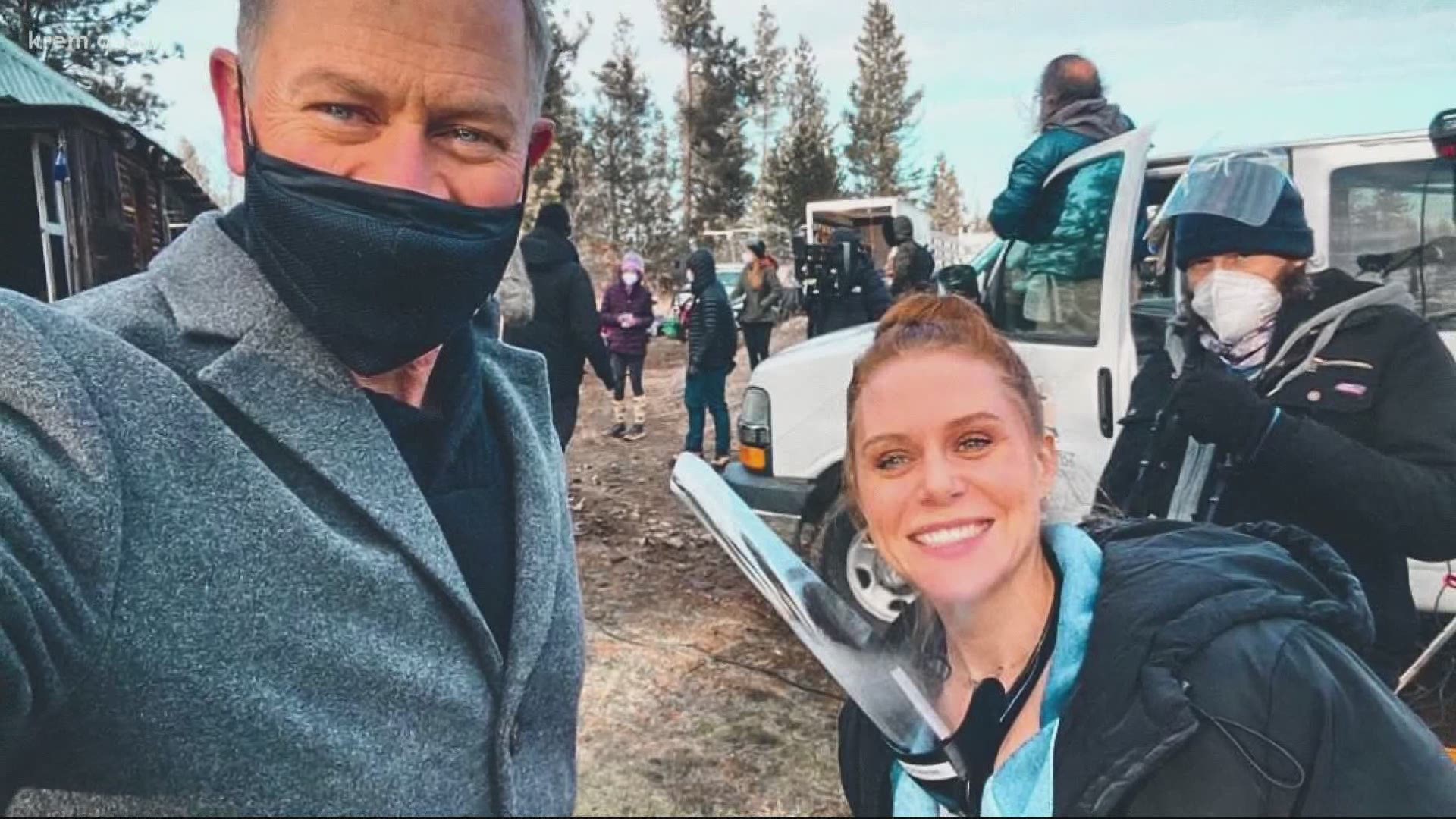 SPOKANE, Wash. — An action-packed movie called “Boon” is being filmed in the Inland Northwest. The film is described as a modern-day western, using areas like Green Bluff and the Garland district over the month of production.

Veteran actor Neal McDonough, who plays Boon, is most recognized by his work in the TV show Yellowstone and the movie Captain America: First Avenger. He's also played his fair share of villain roles.

“Being creative in a place like Spokane is wonderful," McDonough said. "We are drinking the Spokane Kool-Aid. People have been so welcoming and opened up their city for us.”

He lives on the west side of Washington with his family but has never been to Spokane before. He moved his whole family to the South Hill in Spokane for the duration of filming.

He not only had the opportunity to act but he co-produced with his wife and even did a scene in the Garland District alongside his daughter.

“I feel like I work for the chamber of commerce of Spokane when I call my friends back home,” said McDonough.

The modern-day western is the second in a series. The first movie was filmed in Texas earlier this year.

“The character Boon, that I play, was a hitman that finds his heart,” shared McDonough.

He said the diverse locations the Inland Northwest has to offer is really what sets this area apart from other places he has worked.

“One day we are up at Mt. Spokane on the farms and the next we are filming at Churchill's Steakhouse. Yesterday we were filming outside of the Spokane Club," he said. "This place is fantastic and hopefully making a lot more films here in the future.”

KREM 2 was invited on set for a behind the scenes look at production.

On the last day of filming, the scene was set inside a tunnel that was handmade and created by local artist Vincent De Felice.

He says the tunnel took about two weeks to build inside his warehouse.

“When I’m given a script it’s words on a page so when it says tunnel, I have to figure out how to make it. We can’t just shoot something that doesn’t exist or something away from the circus,” De Felice said.

While there is no release date, the movie's IMDb page says they are now in post-production.