SXSW is canceled, but many of Austin's spring events are still on

From Rodeo Austin to the ABC Kite Festival, there are still plenty of spring events for Austinites and tourists alike to enjoy. 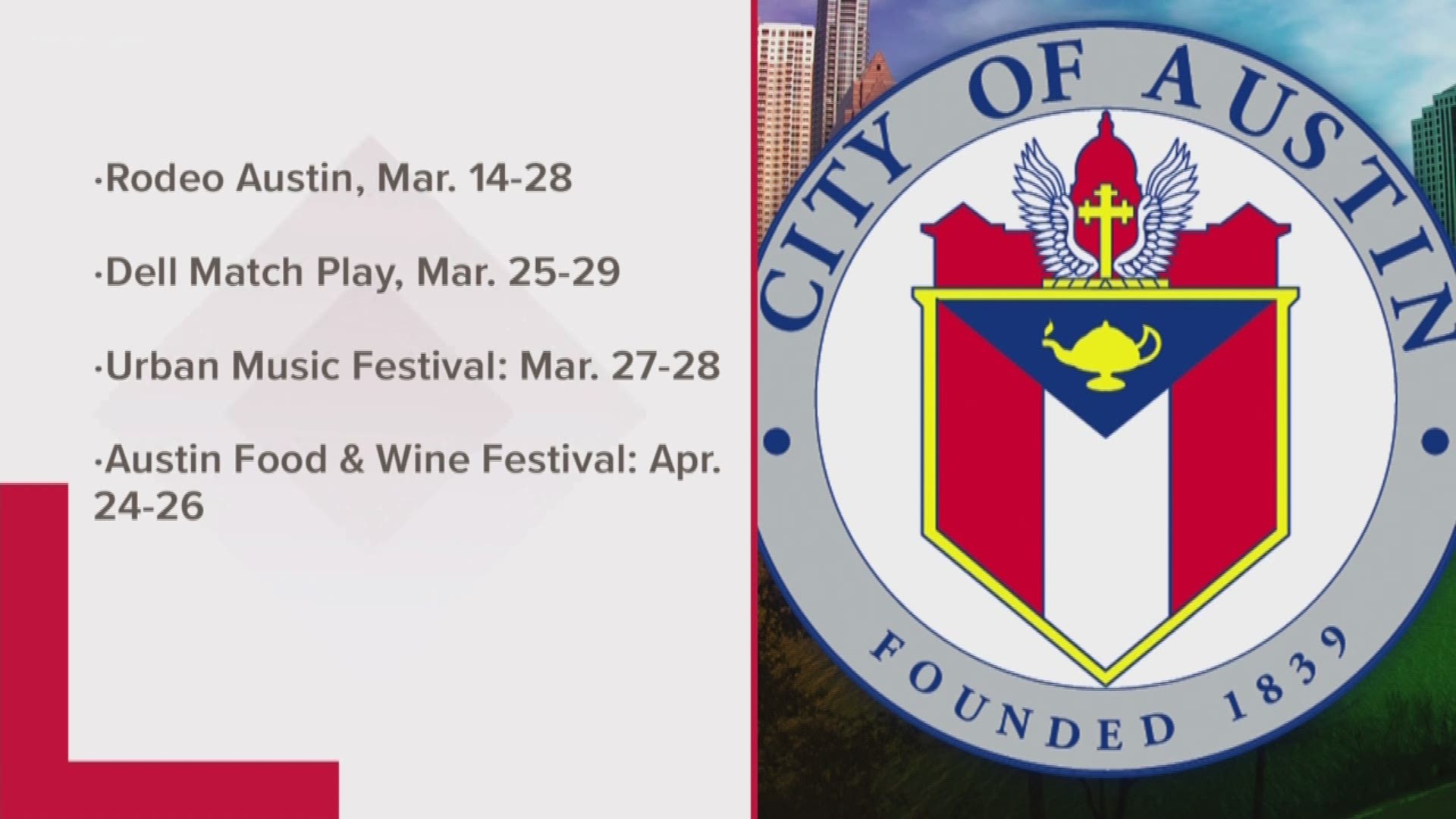 AUSTIN, Texas — Editor's note: On Monday, the City of Austin and Travis County announced that until May 1, events with 2,500 or more people are prohibited unless organizers are able to assure that mitigation plans for infectious diseases are in place. This article will be updated if any of the listed events are canceled.

On Friday afternoon, the City of Austin and South by Southwest (SXSW) organizers announced that the massive festival is canceled for the first time in its history. But there are still plenty of large events scheduled in the Austin area in the coming weeks!

Rodeo Austin is set to start this week. That event, which runs from March 14 through 28, is expected to draw at least 255,000 people. Rodeo Austin said Friday that it was advised its events can continue as planned, releasing the following statement:

On Tuesday, the Travis County Commissioners Court is expected to vote on whether to extend it and will discuss other upcoming events, including Rodeo Austin and Luck Reunion.

The 2020 Austin Music & Arts Festival announced Monday that it will also proceed as scheduled on March 14 through 15, from 11 a.m. to 9 p.m. each day, at Old Settlers Park in Round Rock.

"SXSW had many other factors in their decision that do not impact us. They had tens of thousands of visitors traveling from all over the country as well as having many events in confined hotel meeting rooms, etc," the festival said Monday. "The Austin Music & Arts Festival is outdoors only and is primarily attended by folks local to the community."

The Austin Music & Arts Festival added that they will have more than 80 booths featuring visual artists in the Austin area and the festival is "an opportunity to help those in the community who are struggling with the loss of other revenue" due to SXSW's cancellation.

Later this month, 64 of the world's top golfers will descend on Austin for the fifth consecutive year for the PGA's 2020 Dell Technologies Match Play golf tournament at the Austin Country Club. That event will be held from March 25 through 29. The PGA sent KVUE a full statement about its decision to keep the tournament scheduled.

Coronavirus: Here's what the local state of disaster means for Austin

A previous version of this story stated that the Urban Music Fest was still scheduled to be held on March 27 and 28. However, on Wednesday, the festival announced its postponement due to coronavirus concerns transpiring in Austin and around the globe.

Texas Relays is also still scheduled to be held that weekend from March 27 through 30.

The Statesman Cap10K said Monday that the April 5 race is currently still scheduled. Its organizers said they are "working diligently to be one of the [City of Austin's] exceptions and are in the process of providing officials with the documentation and mitigation process they require to evaluate the 2020 Cap10K and its more than 26,000 registered runners"

And the Austin Food and Wine Festival happens next month, from April 24 through 26.

The Pecan Street Festival, which is scheduled for May 2 and 3, is also still set to proceed as usual.

Travis County's interim health authority said just because SXSW has been canceled, it doesn't mean other events have to be canceled too.

"I want to be clear: this does not mean we have to cancel all mass gatherings. It does mean we have to take a more careful look at how we need to mitigate that threat," Dr. Mark Escott said.

The City said its medical team will look at each of the still-scheduled spring events, weigh the pros and cons and decide if each should go on.

Events of 2,500 people or more will require a case-by-case review. 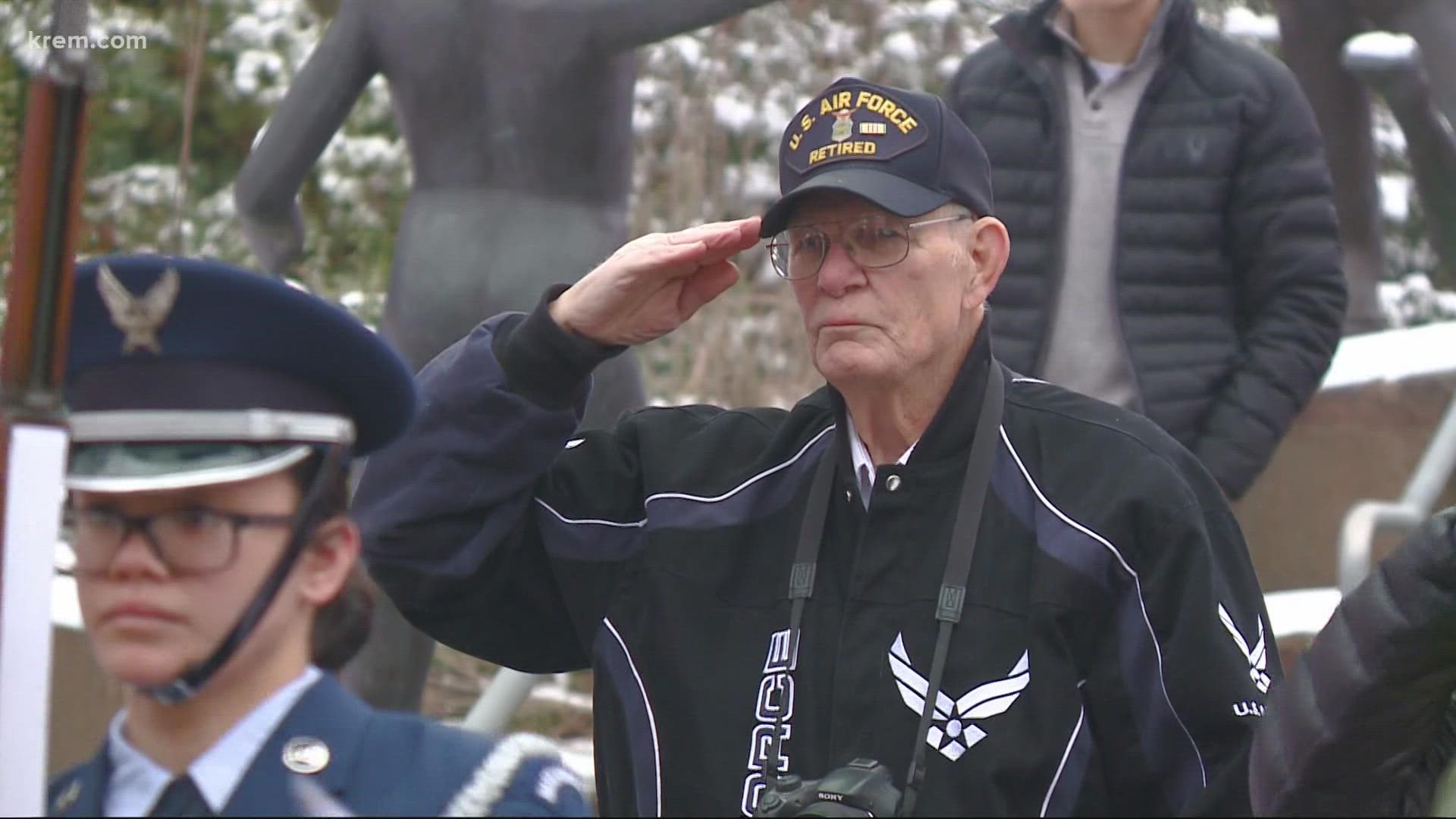