The drop-off site will be operating from 10 a.m. to 2 p.m. at the NorthTown Mall. 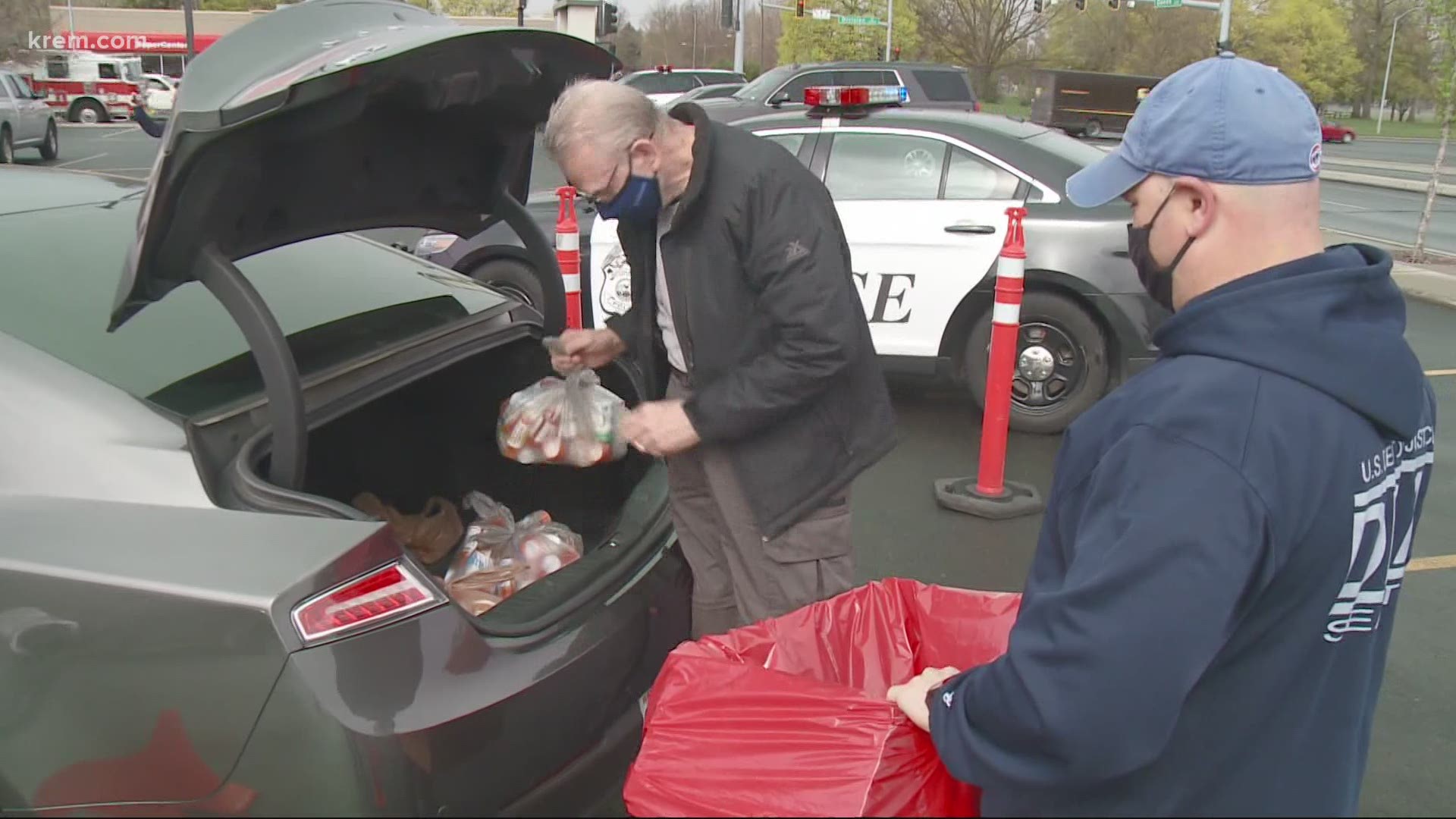 The event is a part of the Drug Take Back initiative that aims to prevent pill abuse and theft by removing potentially dangerous, expired or unused prescription drugs from homes.

Saturday, the Take Back Day event was held from 10 a.m. to 2 p.m. at the NorthTown Mall. The United States Attorney’s Office for the Eastern District of Washington and the Drug Enforcement Administration (DEA) worked together to put on the event.

Mayor Nadine Woodward was at the event and spoke about the importance of disposing of the drugs responsibly.

"Most of our drug abuse starts in the home, with families and access to drugs in medicine cabinets. We need to make sure those drugs are taken out of homes, that they're not accessible to children and they don't end up on our streets," Woodward said.

Another successful #TakeBackDay! Preventing opioids and other prescription drugs from getting into the hands of children and off the streets will keep our community safer. Thank you #Spokane for taking part! pic.twitter.com/NI6DVkEXpx

According to a press release, at the last the Take Back Day in October 2020, the DEA collected close to 500 tons of unwanted, expired or unused drugs. They said over the ten years the program has been in place, more than 6,800 tons of drugs have been turned in.

In the press release from the U.S. Department of Justice, they said most abused prescription drugs come from family and friends. They said returning all unused drugs is one way to help stop the opioid crisis.

“Participating in drug take-back events is one step that individuals can do to help positively impact the opioid crisis and protect their loved ones. We now face a national epidemic reaching every corner of America. Opioid overdoses have skyrocketed since the late 1990’s, becoming the worst drug epidemic in modern American history. The United States is seeing an increase in overdose deaths during the COVID-19 pandemic. Prescription drug misuse and overdose deaths do not discriminate – they can impact anyone of any age, race, gender or demographic,” Harrington said.

People can also drop off their unwanted drugs every day. To find where year-round disposal sites are located, visit the FDA website.