During a week dedicated to celebrating restaurant diversity in the Inland Northwest, restaurants in Spokane are rallying together to overcome unique struggles. 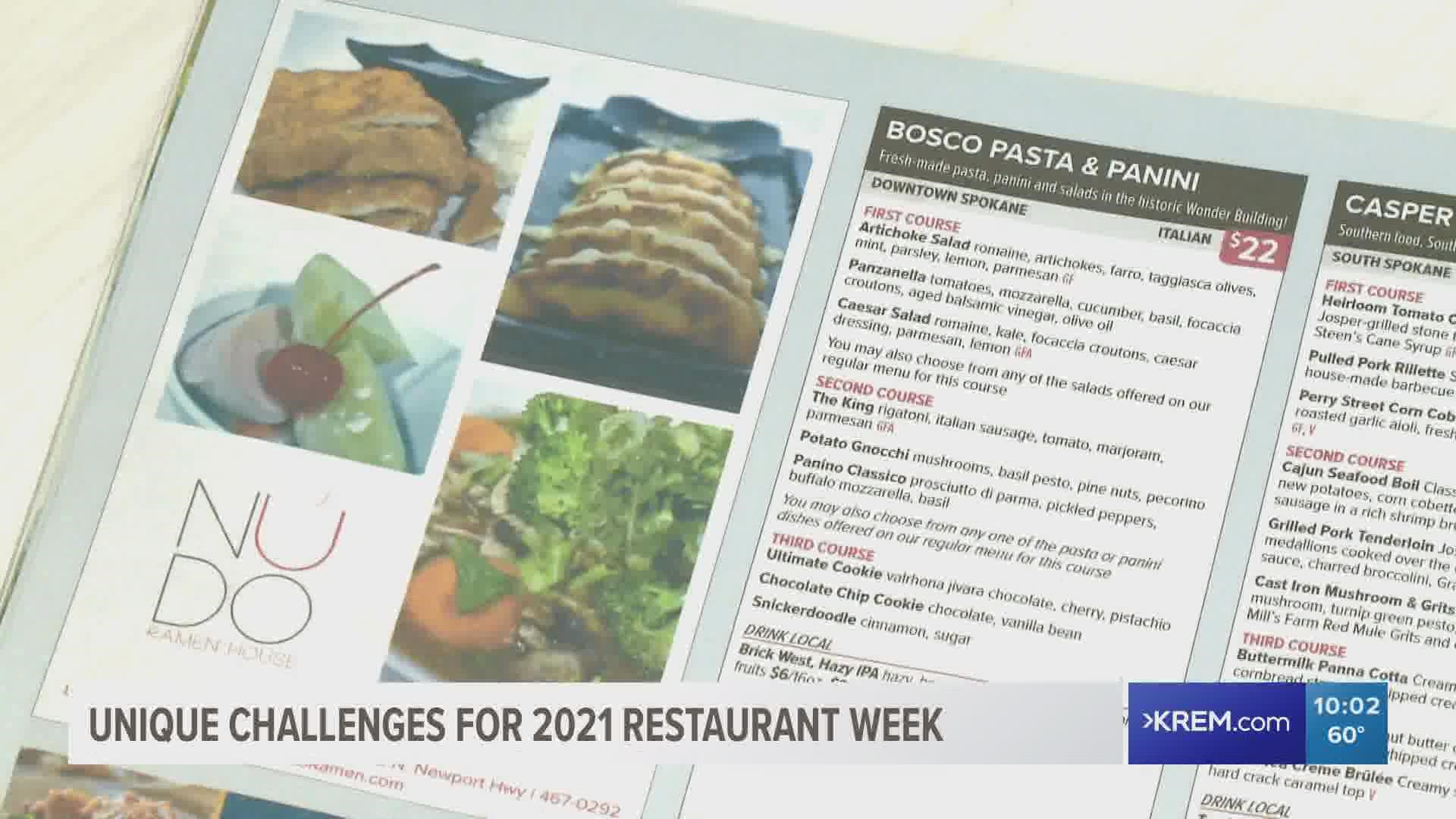 "Adjusting to three courses and pacing out the guest experience, making sure things are coordinated well... It takes a couple of days to get used to," Dickinson laughed. "We've kind of shaken all the kinks out, and I think we're ready to go for the rest of the week."

Dickinson considers himself lucky. At Cochinito, he's been able to retain about 95% of his staff, and has found the right hires to fill any needed vacancies he's had.

But while sitting in Cochinito, an hour before dinner service, he was able to reflect on just how many adjustments he's had to make during a pandemic-ridden landscape that constantly changes.

"Every week, every day has been just a little different," said Dickinson. "We just kept getting busier and busier, and there's this little thing in the back of your mind 'Is this going to last? Is this the new normal? Or am I going to start overstaffing only to drop back down again?' "

Monday represented the first official day of Governor Inslee's newest round of mask mandates, along with the latest implementation of a new statewide vaccination requirement.

But with the staffing shortage still presenting a major issue, restaurants across the region are still looking for stability.

Back in June, the Spokane Hospitality Coalition was forced to cancel their Hiring for Hospitality event because of a low number of registered applicants.

And in July, the Washington Hospitality Coalition reported 8 of the 15 major employment sectors are still below their pre-pandemic staffing levels.

The hardest hit sector, by far, has been the Leisure and Hospitality industry.

"The roster at Restaurant Week isn't quite as broad as it has been in the past," said Dickinson. "I think some people maybe opted out just because of the staffing issues and things, which is a smart move. If you can't do it at your best, it's kind of bad news to get in there and try to do it."

But Dickinson also offered a 'thank you' to the community of Spokane, who he he pointed out have been very understanding and supportive to all restaurants in the area, even those who had to pull out of this year's event.

"I think everybody's banding together as much as they can," Dickinson said, "to get everybody through this and hopefully get us to the other side of this thing. There's a lot of restaurants in this city that need help, need patience, and need the community to step up. I think so far everybody really, really has."