The 2020 Lilac Festival, "Destination Spokane," was canceled, as well as a mini parade planned in its place in May due to the pandemic. 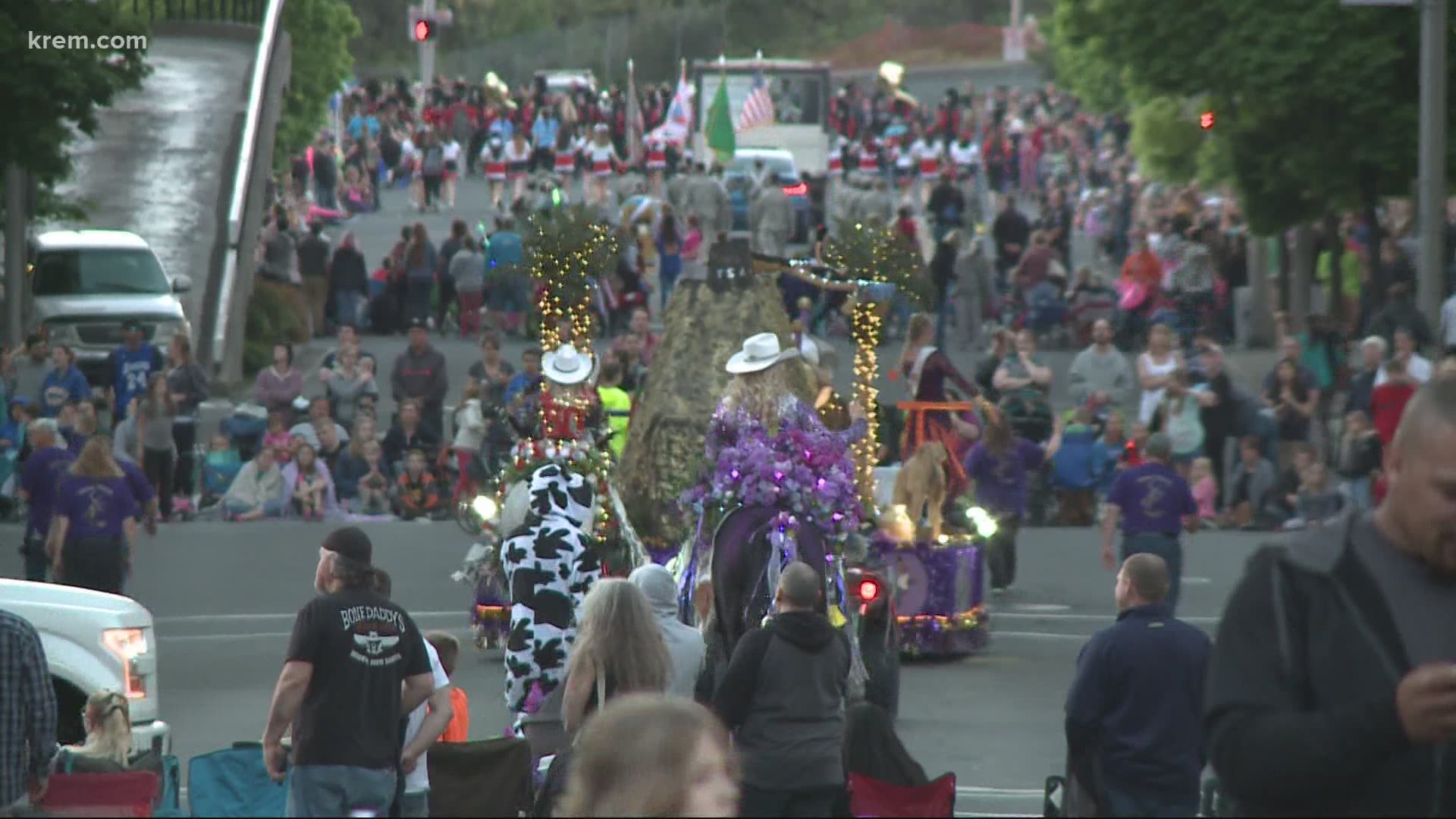 SPOKANE, Wash. — The Lilac Festival will move its parade to November from its traditional May timeslot in hopes of holding an in-person event, according to a press release from the Spokane Lilac Festival president, Dan Verheul.

The "Holiday parade" would be on Nov. 20, 2021. The organization thinks a fall parade is more likely to happen because of the current restrictions on large gatherings, according to the release.

“It is our hope that the Holiday Parade will be another opportunity for all of us to come together and celebrate both our city, the holiday season, and, most importantly, showing that we are a strong and proud community,” Verheul said in the release.

The 2020 Lilac Festival, "Destination Spokane," was canceled, as well as a mini-parade planned in its place in May due to the pandemic. It was the first time the parade had been canceled since World War II.

The 2021 Parade will share the same theme as last year's canceled parade.

The organization also announced the seven young women who will be a part of the 2021 “Destination Spokane” Spokane Lilac Festival Royal Court. The organization will choose a 2021 Lilac Festival Queen & Court on March 20. The event will be a limited number of people. A livestream link will also be available for those who register, according to the release.

The candidates made it through a round of interviews on Feb. 20. They represent high schools in the greater Spokane area. They are: