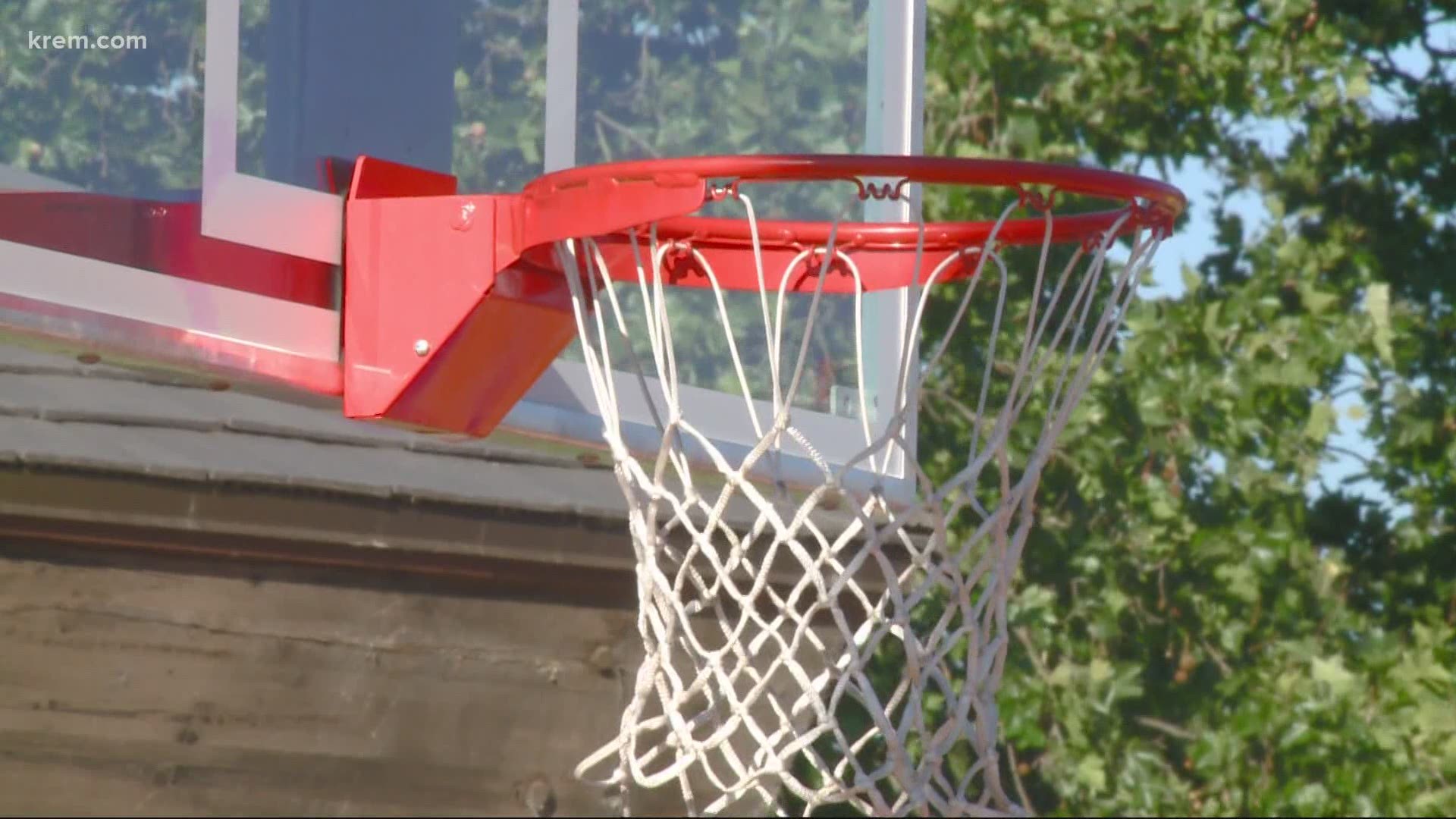 SPOKANE, Wash. — One of the courts being used for Hoopfest 2021 opened up on Tuesday.

The Riverfront Park North Bank court opened through partnerships with MultiCare Health System and Spokane Arts. The mural on the court is painted by local artist Joshua Martel.

The Thorton Murphy Park will be painted and also resurfaced later in the month.

This mural is a part of Hooptown USA's commitment to revitalizing courts across Spokane.

This project is set to begin on July 19th. During the project, the court will be closed for a month and will then open up in mid-august in time for last-minute practice before Hoopfest.

The Thorton Murphy Park court mural will be painted by Nick Goettling who was inspired by the Spokane River.

“This mural is meant to be seen and enjoyed at ground level, where the flowing lines, dynamic movement, and bold colors will reflect the energy and dynamism of the basketball games it frames," Goettling said.

Since 1990, Hoopfest has built over 30 community basketball courts in the region and donated over $2.5 million to local charities.

This year, Hoopfest will be held on Sept. 11 and 12. To register, people can either create a team or join an existing team, create a team name and fill out the registration form on the Hoopfest website.

Hoopfest brings in around 24,000 players from across the country and globe every year. In order to create space for this many basketball players, 45 city blocks are shut down during the tournament to create 422 courts. 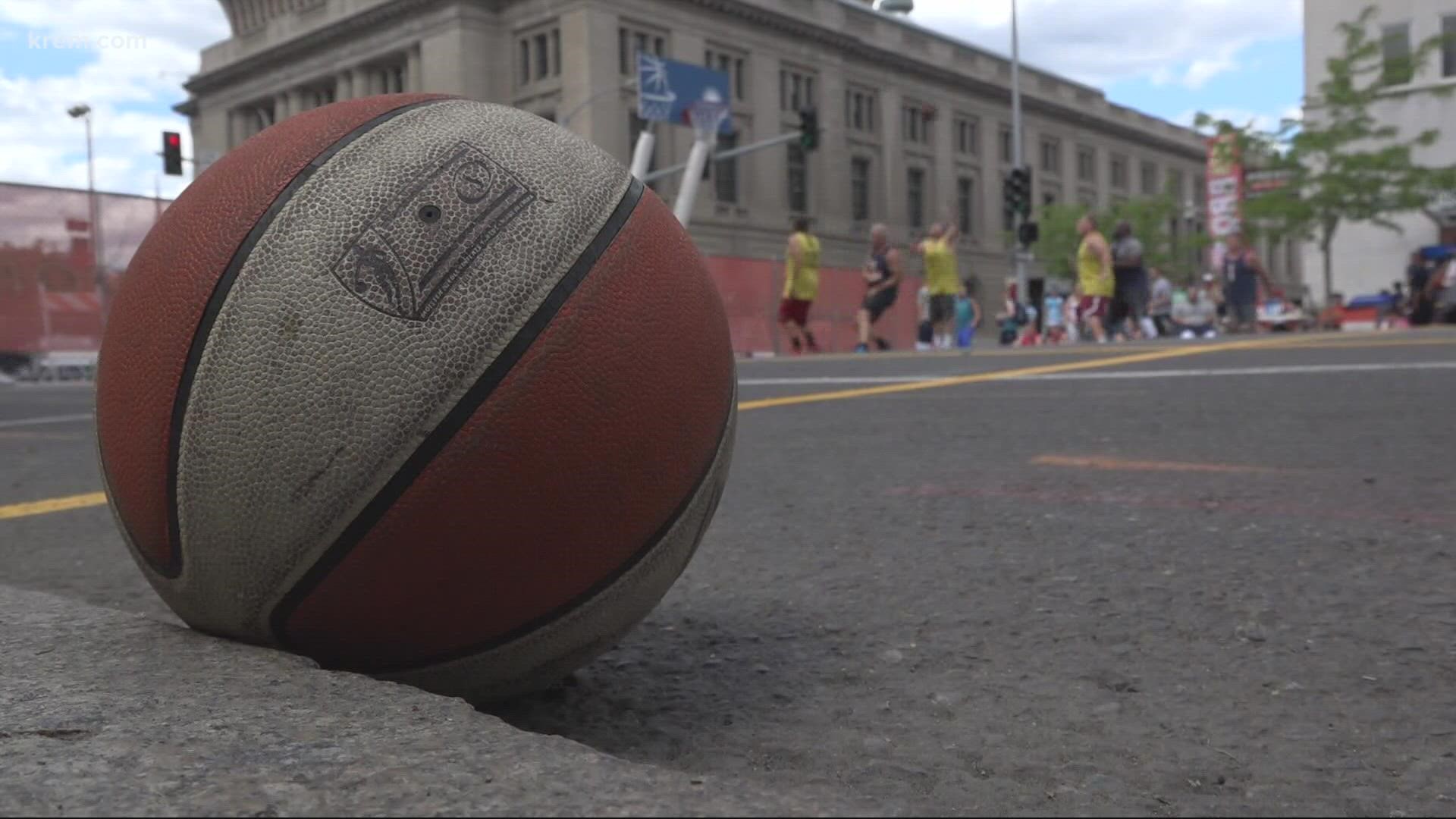 'Devastating financially' | What cancelling Hoopfest 2021 could mean for Spokane businesses