Now in their 50's, these two men have been on the same team every year. 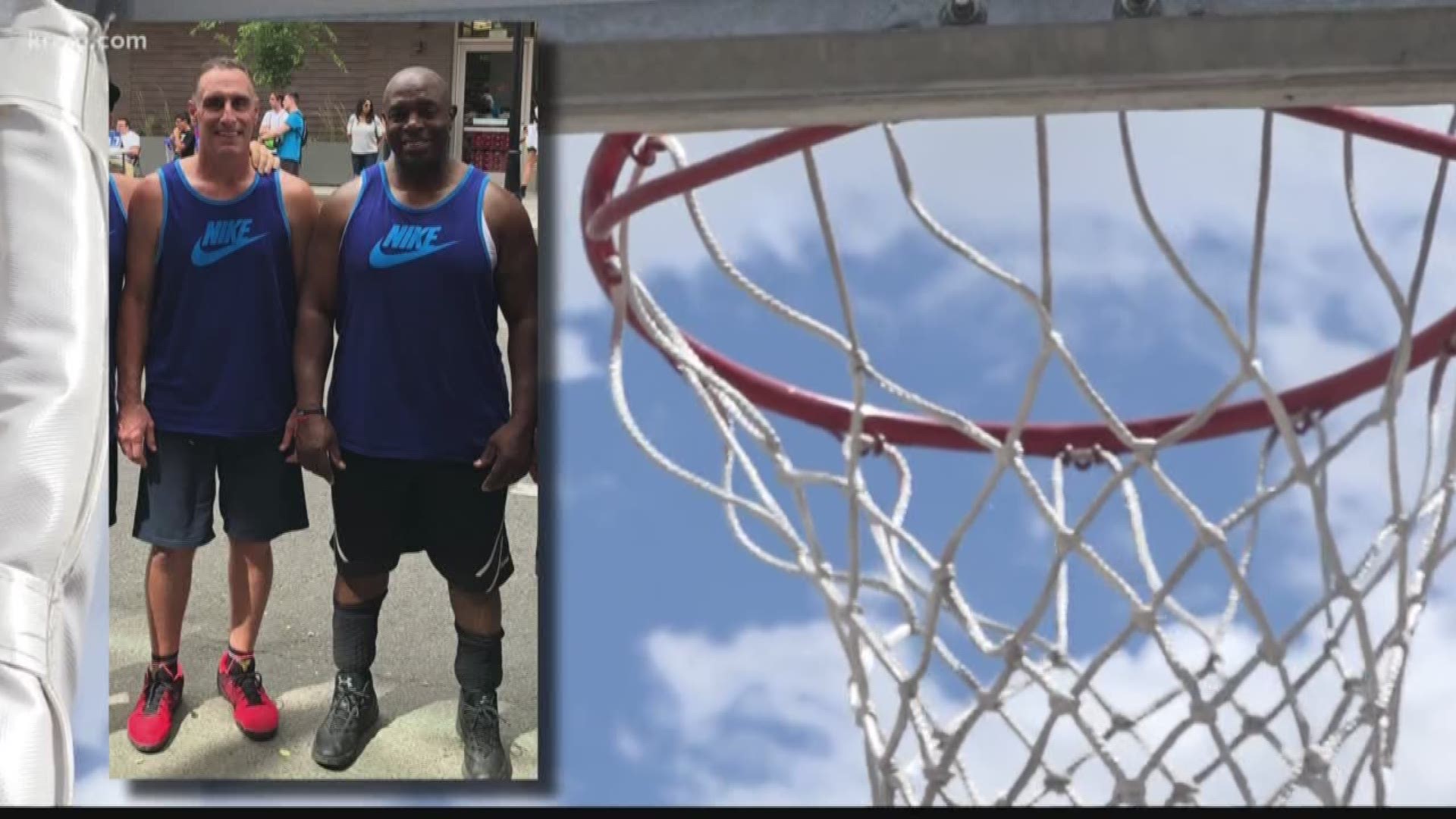 SPOKANE, Wash. — Of the thousands of athletes that come out and play basketball during Hoopfest, only a handful can say they have participated every year.

Two men playing in their 30th Hoopfest weekend are accomplishing the feat together.

Recreational basketball players Todd Thompson and Kenny Smith were 27 years old when Hoopfest started in 1990. Now the pair is 57 and still taking to the court together every year.

"Whatever pops up - surgeries, travel, whatever - I'm still going to be here," Thompson said.

After 30 years, he says he can't quit now. But it hasn't always been easy.

Thompson's health has made it difficult for him to compete the past five years, but he perseveres to keep their streak alive.

For the teammates, it's more about the friendship than anything else.

"He's a great friend. I can't ask for a better friend, you know? He's like a brother," Smith said.

But that's not to say they aren't good on the court.

"We've won quite a few. Not sure how many, but after 30 years you lose count," Smith said.

Their team won both of their Saturday games and are progressing to the next round on Sunday. If they finish in first this weekend, it will be back-to-back championship wins for them.

The tradition doesn't look like it's stopping anytime soon. Smith's daughter has participated in Hoopfest for years now, winning her bracket the past five years in a row.

Win or lose, these families will certainly be back to try again next year.

"It's awesome, you know, being one of the founders of it basically. Now to see all the people playing, all the older people, the kids, I love it. It's awesome," Smith said.