Hoopfest 2019 Day 1: A look at some notable players, stories from opening day

The first day of Hoopfest 2019 saw a huge donation for a new basketball complex and a number of notable players take to the Spokane streets. 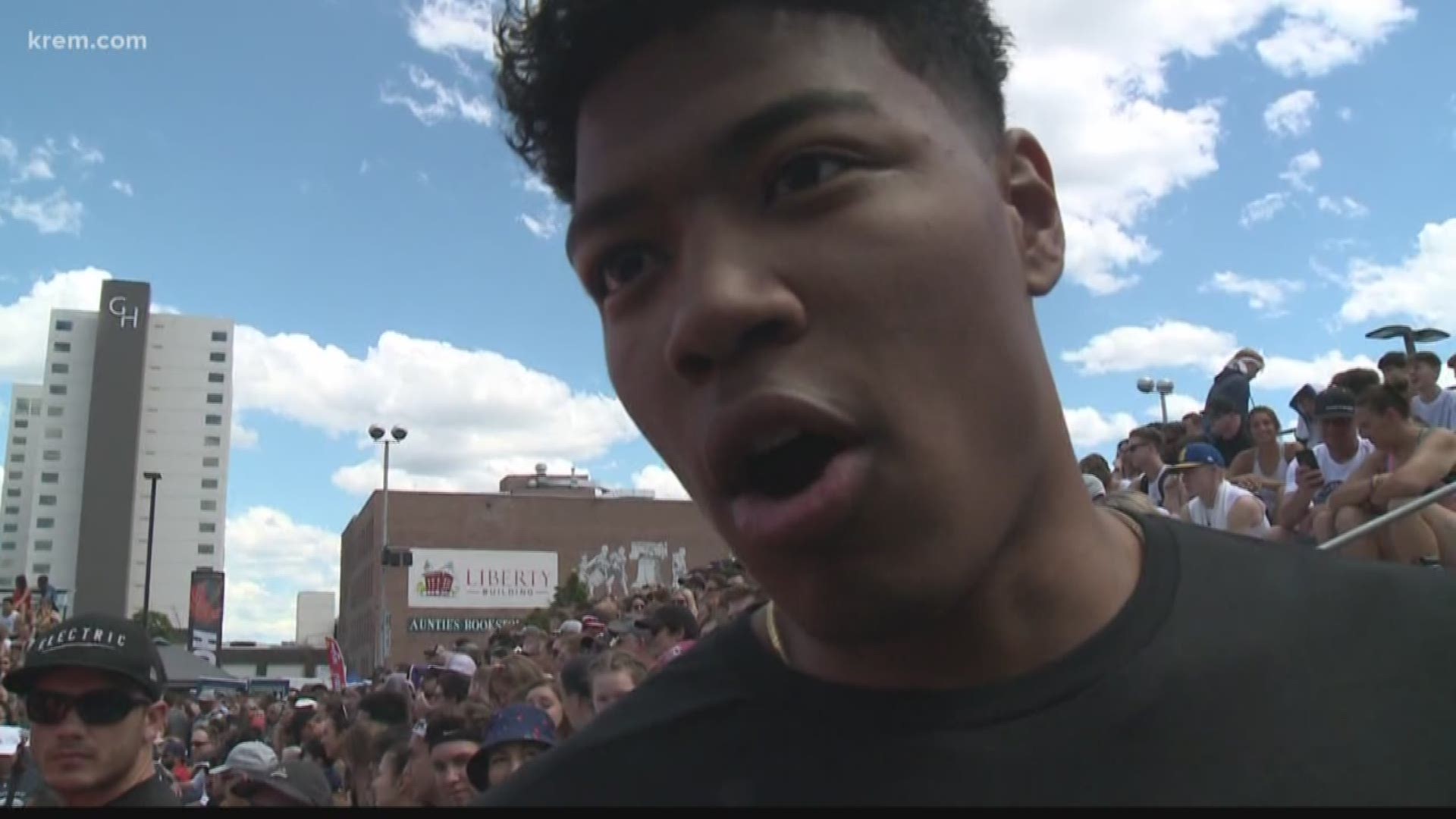 SPOKANE, Wash. — As we draw near the end of Day 1 of Hoopfest 2019 in Spokane, KREM is taking a look at some of the biggest stories and the most notable players that took to the street on opening day.

Hoopfest saw no shortage of local stars, as many Gonzaga standouts made their way downtown and to the Nike Center Court on Saturday.

One such start was former Gonzaga forward Rui Hachimura, who was taken at No. 9 overall pick in the draft by the Washington Wizards.

Hachimura drew a crowd from the moment he walked in, and fans were able to take photos with him and get autographs.

"It's great you know. I'm so thankful for the people supporting me on my journey," Hachimura said. "It's just great to be here."

Hachimura was joined by other Gonzaga standouts, such as teammates Corey Kispert and Josh Perkins and fellow Bulldogs Zykera Rice and Silas Melson, to name a few.

Perkins, Rice and Hachimura judged a dunk contest on the Nike Center Court.

Two-time defending men's over 6-foot champions Lee and Hayes took to the court today looking for the three-peat.

Kelly led the charge in scoring while Hart was bringing down boards left and right. The team won their first two games and look to be the team to beat again this year. They play their next game Sunday at 9:30 a.m. 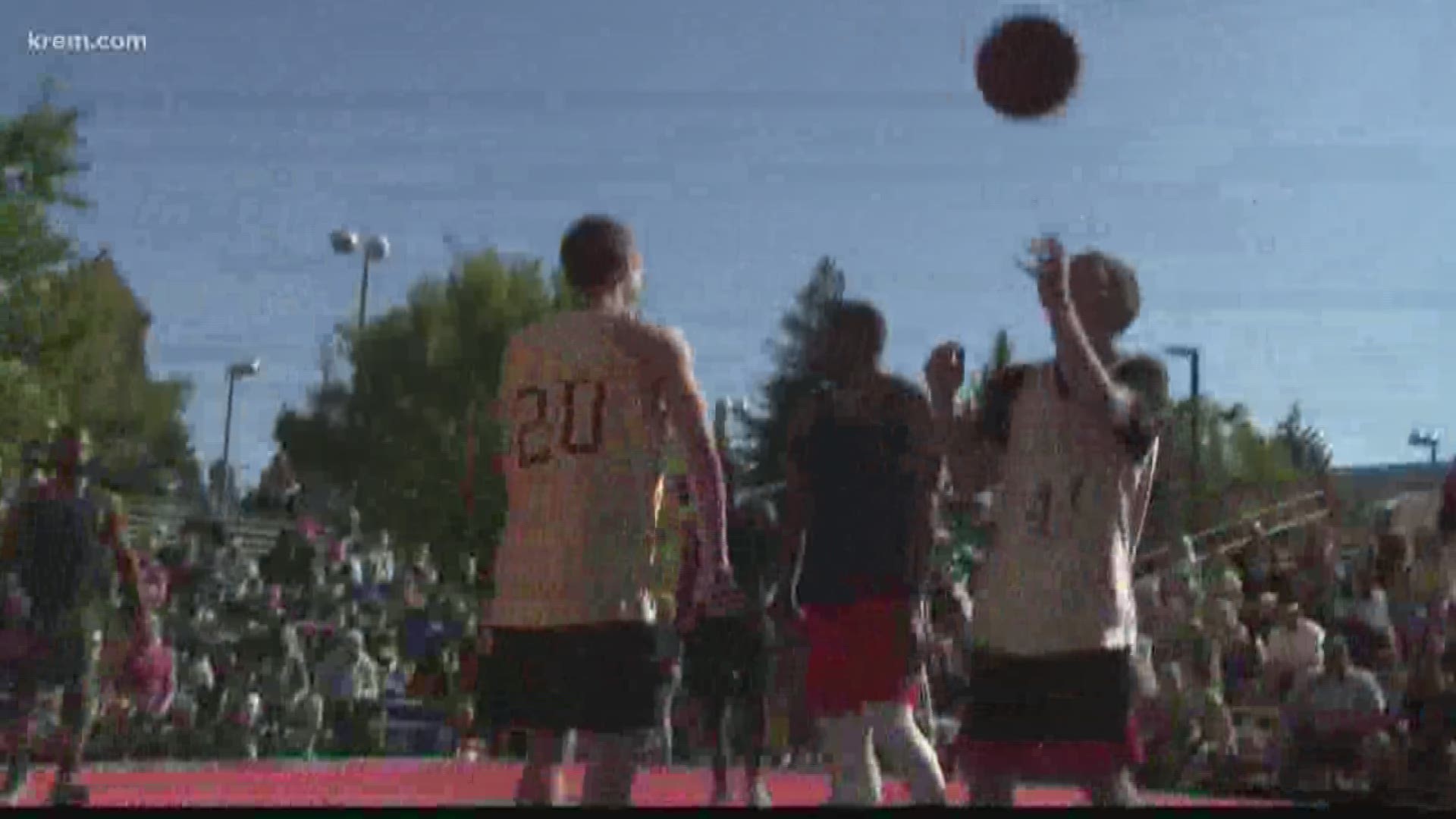 In the under 6-foot bracket, defending champion Pay Up also won both of their games today, being led by Marcus Tibbs and Mike Johnson. They play again Sunday at 9 a.m.

However, Bekkering would come roaring back after their lead was cut to one to win the game for Team YCC Canada.

Team YCC Canada will take on Farm Girl Fit, which has Gonzaga alum Heather Bowman and Bulldogs assistant coach Stacy Clinesmith making up part of the squad, at 8 a.m. on Sunday. 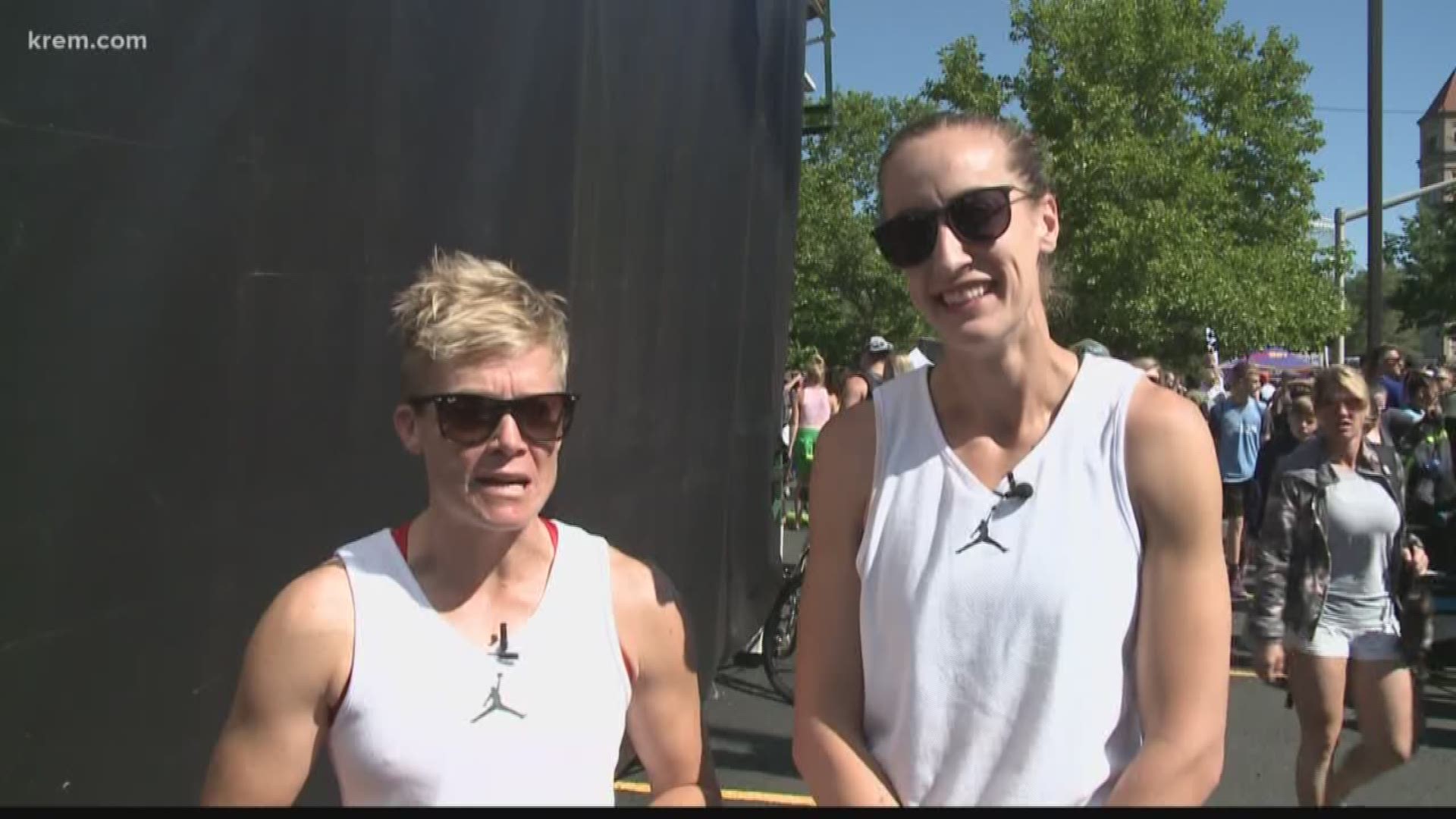 While she may have played her college ball at Louisville in Kentucky, former WNBA player Shoni Schimmel is also playing in Hoopfest this year.

She hasn't played in Hoopfest since her sophomore year of high school, she said, and has a grandmother who lives in Lapwai.

The Gonzaga men's and women's teams also met with fans at Hoopfest on Saturday.

Corey Kispert and Killian Tillie met with fans. Tillie made headlines this offseason when he announced his return to the Bulldogs after receiving interest from some NBA teams. He said he wanted to improve his draft stock by developing another year with the Bulldogs.

"I think I'm going to be one of the leaders of the team. I'm one of the older guys, so my role is going to be bringing everyone together; the freshmen and the transfers," Tillie said. "To try to make everybody play the Gonzaga way and its going to be a good challenge." 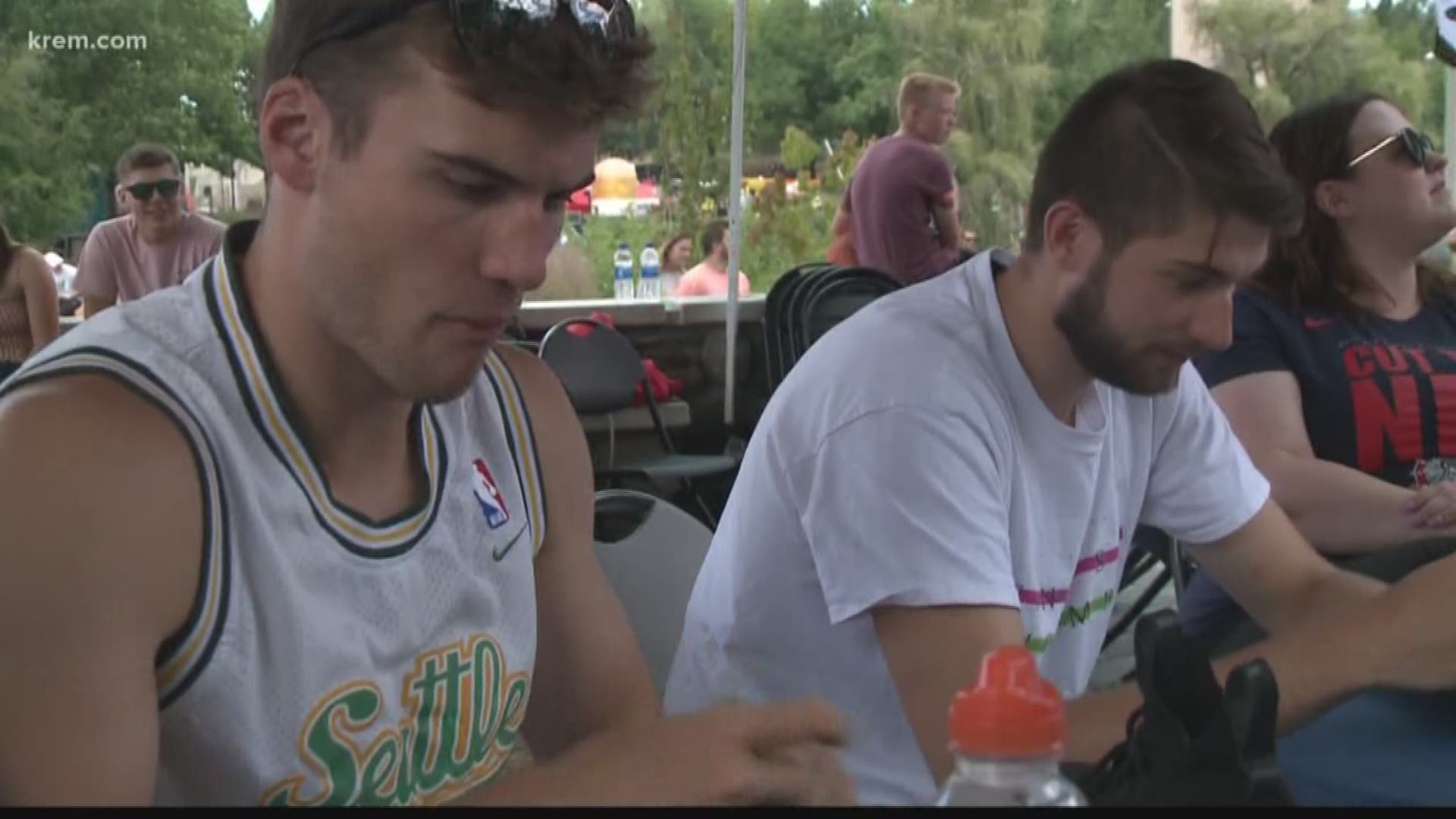 Mobile user, click here for a report on Gonzaga players at Hoopfest.

Townsend's season ended in the WCC Tournament when she tore a ligament in her ankle last season, but said she's ready to bounce back and take on a bigger role next season.

"It's taking on a bigger role. Every year you get older, you have to step into a bigger role for the team, taking on more responsibility and your quality of play and your leadership," Townsend said. "It's going to be different from what I did last year, but I'm excited to get to it."

Hoopfest runs thanks to the help of countless volunteers, from court monitors to team sign-ins.

At least one of those volunteers hasn't missed a single Hoopfest. Madelynne Wilson has helped check-in teams since 1990.

A substitute teacher most of the year, she said a great part of the journey has been seeing kids grow up over the years. 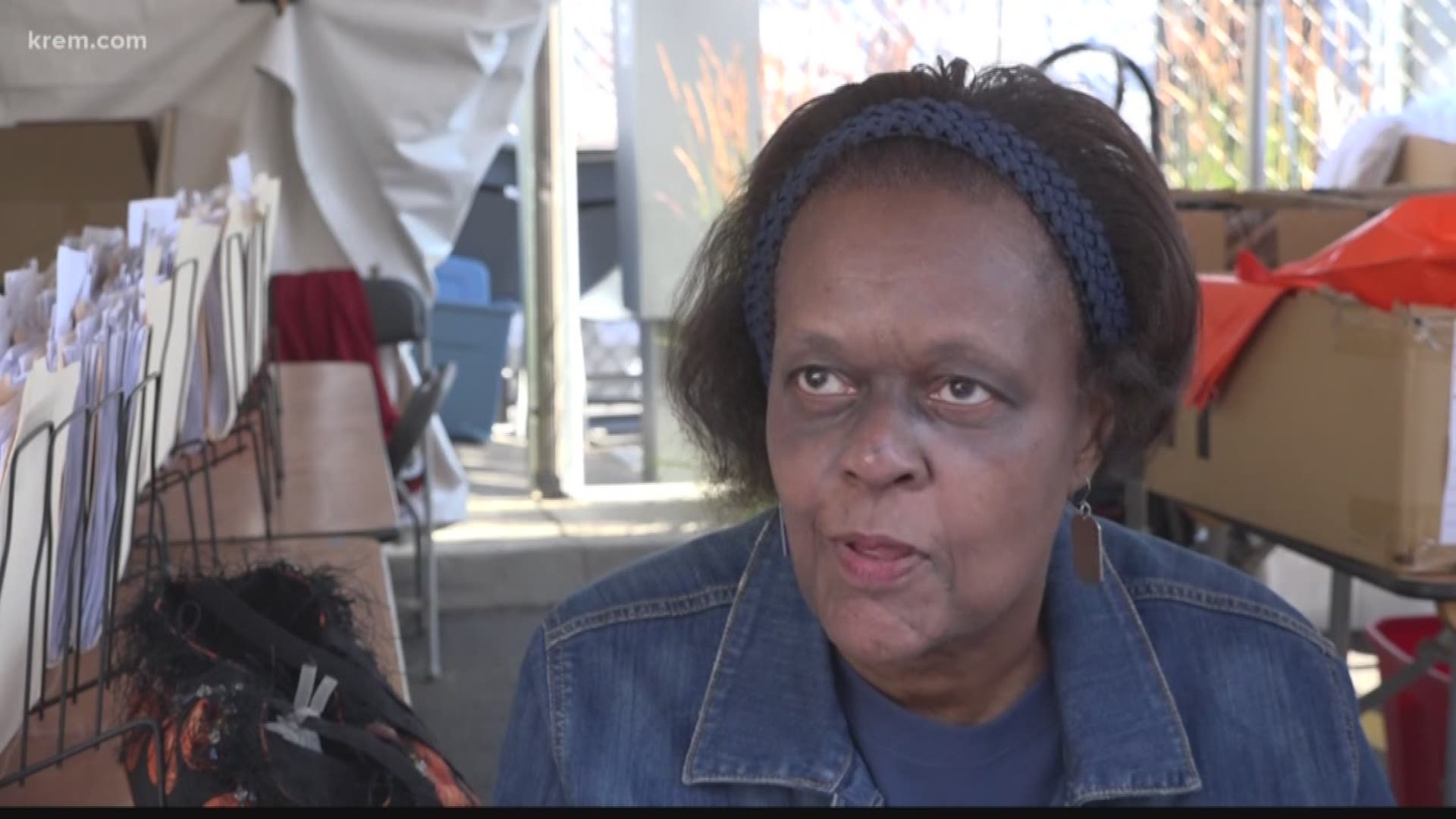 "Over the years, I've sen them walk through when they were little. And now they're out there on that court, so I'm really excited when I see that," she said.

"Long as I can get down here and walk, yes I'll be down here at Hoopfest," she said.

Hoopfest brings thousands upon thousands to downtown Spokane each year, and those athletes and spectators have some time on their hands between games.

This means that they'll not only flood the streets, but also the businesses that make up downtown Spokane.

One of those business's owners, Ava Haase of Next Door Espresso, said its easily her busiest time of the year.

"Oh my gosh, my cousin comes helps me, I have family and I have friends," she said.

But while it may be some of the busiest days, it pays off in bringing in tons of new customers that may not have been to the businesses before. 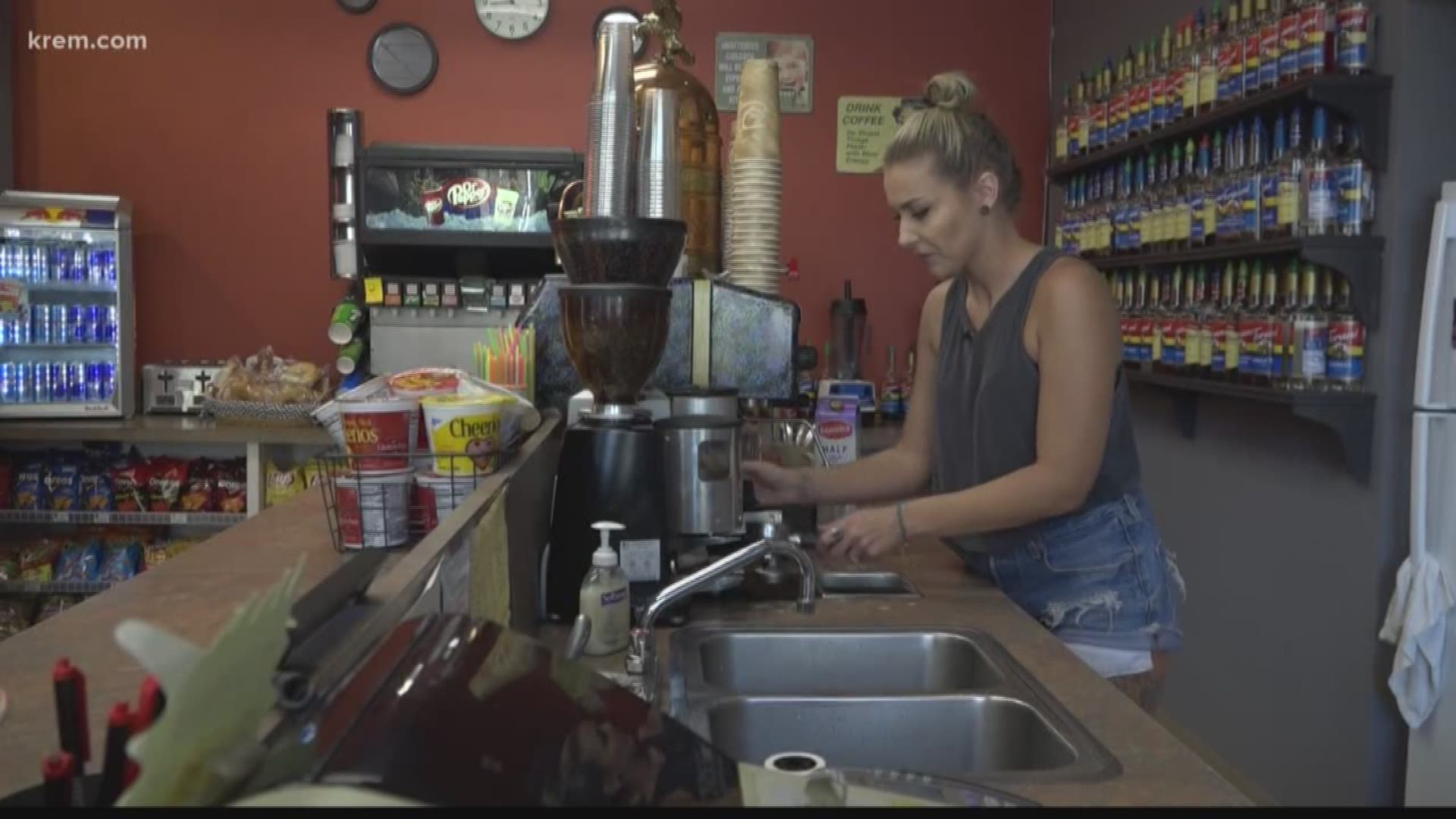 Mobile users, click here to watch a report on the impact on Hoopfest on downtown businesses.

Spokane Hoopfest announced that, due to $1 million from sponsor Multicare Inland Northwest, they will build a new basketball complex and basketball Hall of Fame in Riverfront Park.

"As a sponsor of Hooptown USA, a state-of-the-art basketball complex and new basketball Hall of Fame will be constructed in Riverfront Park," the tweet reads.

The announcement also said that Multicare INW will be an exclusive 10-year sponsor of Hooptown USA. Hooptown USA was announced as a new brand for Hoopfest starting this year.