In 2019, the choir performed with 1980s rock band at the fair. They sang the chorus of the song “I Want to Know What Love is" with the band. 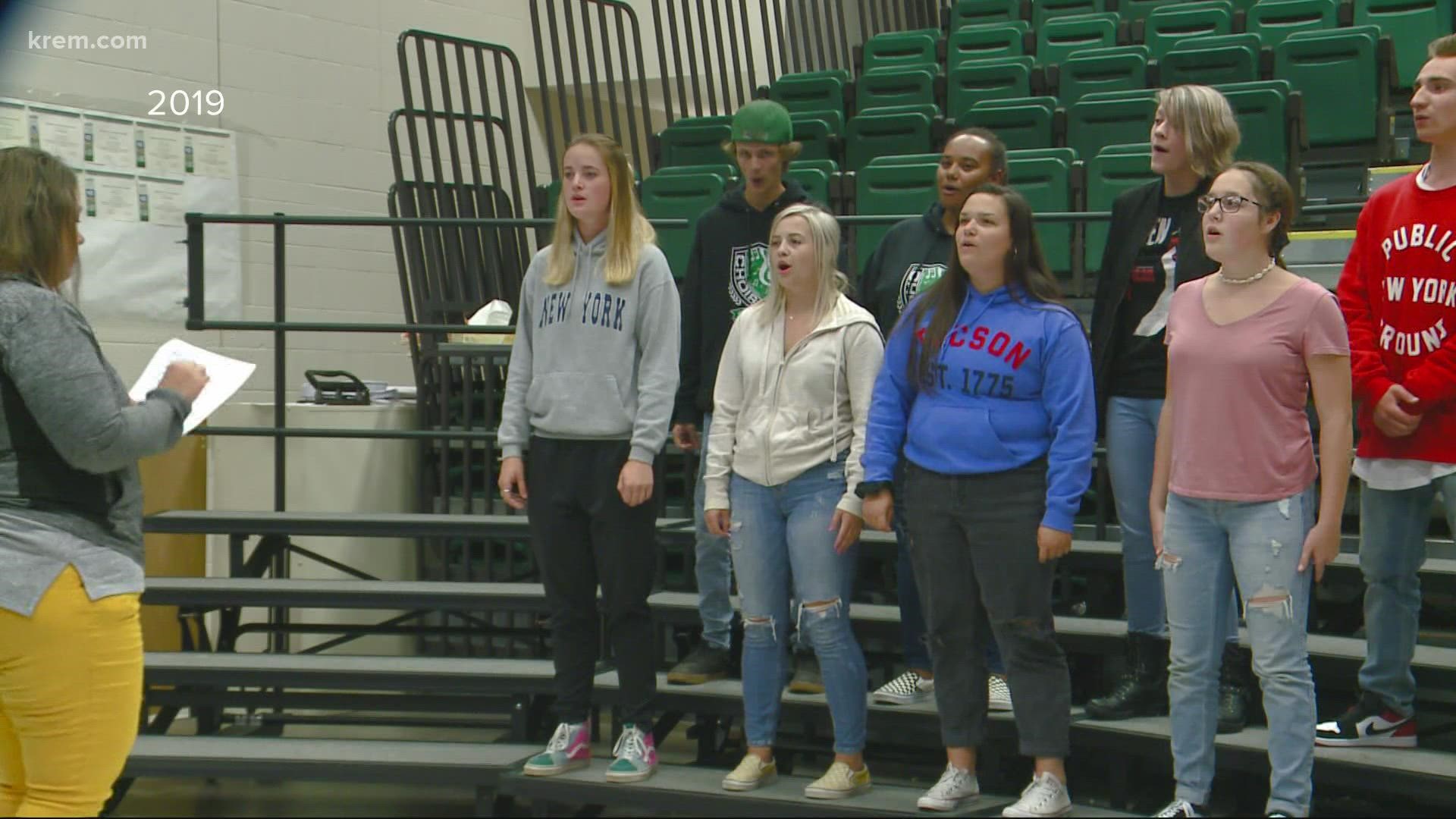 SPOKANE, Wash. — Students in the East Valley High School choir will have the twice in a lifetime opportunity to perform with the band Foreigner.

Decades ago, Foreigner was one of the biggest bands in the world. Students at East Valley will get the great opportunity to perform with them again while they're still in high school.

In 2019, the choir performed with 1980s rock band at the fair. They sang the chorus of the song “I Want to Know What Love is" with the band. This year, the choir will open for the band at the 2021 Spokane Interstate Fair.

The choir's first performance with the band was won through a contest held by KISS 98.1. They submitted an audition tape and won the chance to perform with the band.

Choral teacher Andrea LaPlante said Foreigner's band manager called her again in 2021 to ask them if they wanted to open for the band because they did so well in 2019.

The choir will perform a medley of Journey songs with some Mötley Crüe mixed in.

LaPlante said she's happy to get the year started on an exciting note.

"With all of the restrictions, we haven't been able to sing for about 18 months," LaPlante said. "For a whole, solid school year I just had so many sad kiddos."

The choir at East Valley has had other amazing experiences like singing with country star Eric Church and performing at Carnegie Hall.

The performance will take place on Sept. 16 at 7:30 p.m. at at Northern Quest Casino Indoor Stage in Airway Heights.