The host of 2017's White House Correspondence dinner will perform at the First Interstate Center for the Arts. 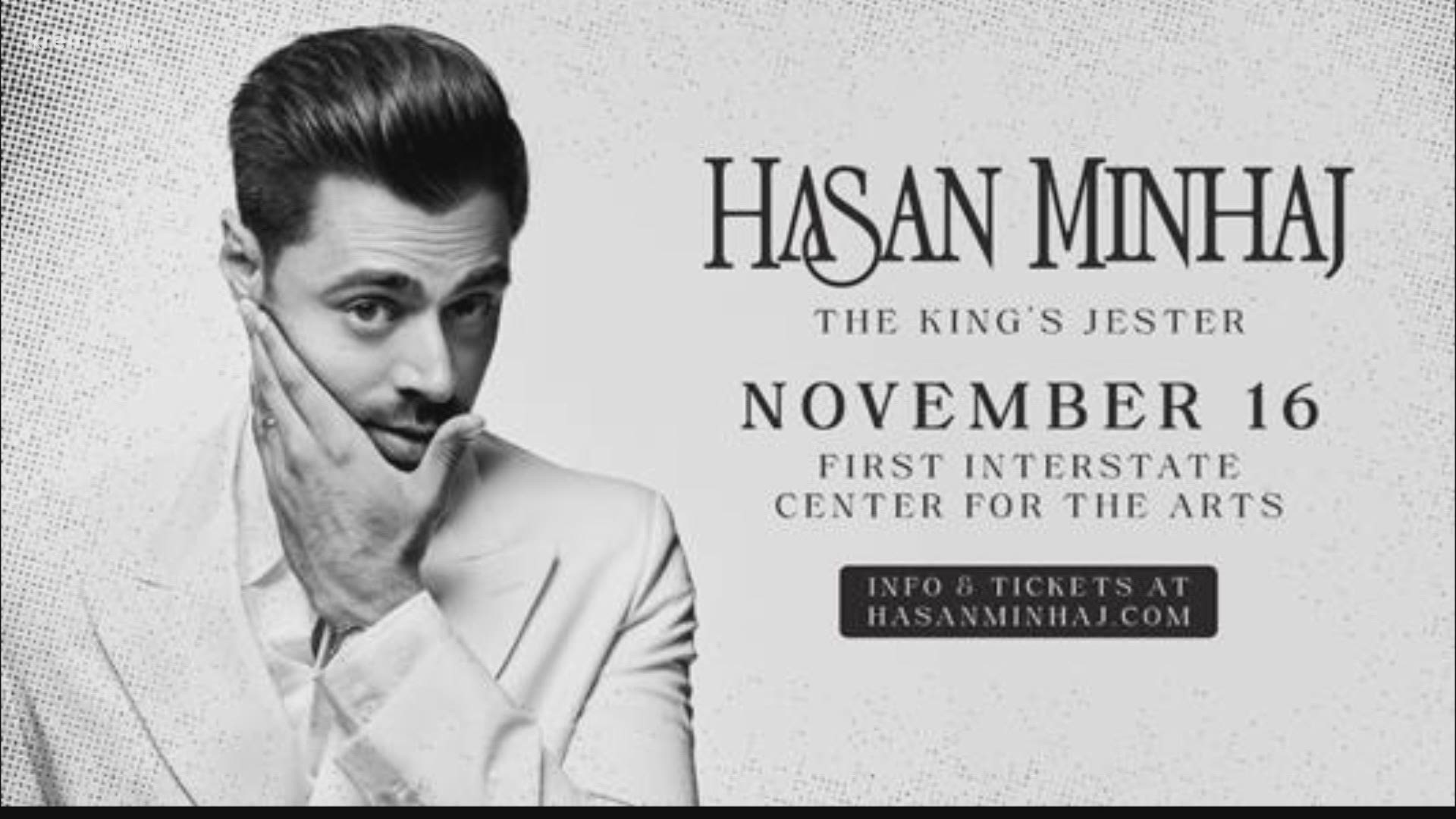 SPOKANE, Wash. — The star of Netflix's "The Patriot Act" is making his way to Spokane. Hasan Minhaj will perform at the First Interstate Center for the Arts on November 16, according to a press release from the center.

Tickets will go on sale online Friday at 10 a.m. He will be performing his new special The King's Jester. Here's a little back story about the comedian. He has performed at the 2017 White House Correspondents' Dinner. He also received two Peabody awards. One for his 2017 hour Netflix special Homecoming King, the other for his weekly comedy show on the same platform, Patriot Act.

In 2014, he got his start on The Daily Show with Jon Stewart as a correspondent. The last new hire before Trevor Noah took over as the host. He continued the role through August 2018.